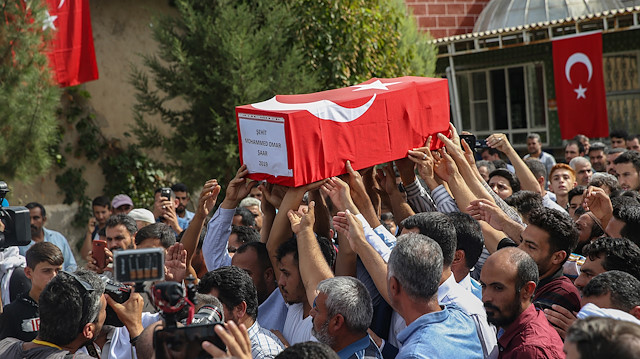 “Our brother-in-arms Haji Bebek died on October 11 during Operation Peace Spring in clashes with terrorists of the PKK-YPG, Kurdistan Workers’ Party – People’s Protection Units,” Akar said in a statement.

According to the Defence Ministry, the number of neutralised Syrian militia fighters has reached 342.

Earlier in the day, Akar announced the first Turkish military loss in the operation.

Turkish President Recep Tayyip Erdogan announced the launch of the offensive, dubbed Operation Peace Spring, in northeastern Syria on Wednesday. The operation targets the predominantly-Kurdish Syrian Democratic Forces (SDF) and Daesh*. Turkey views the SDF in Syria as an extension of the PKK, which has been classified by Ankara as a terrorist organization.

According to recent statements by the Kurdish Democratic Progressive Party of Syria, dozens of civilians have been killed, hundreds injured and thousands displaced since the start of the incursion.