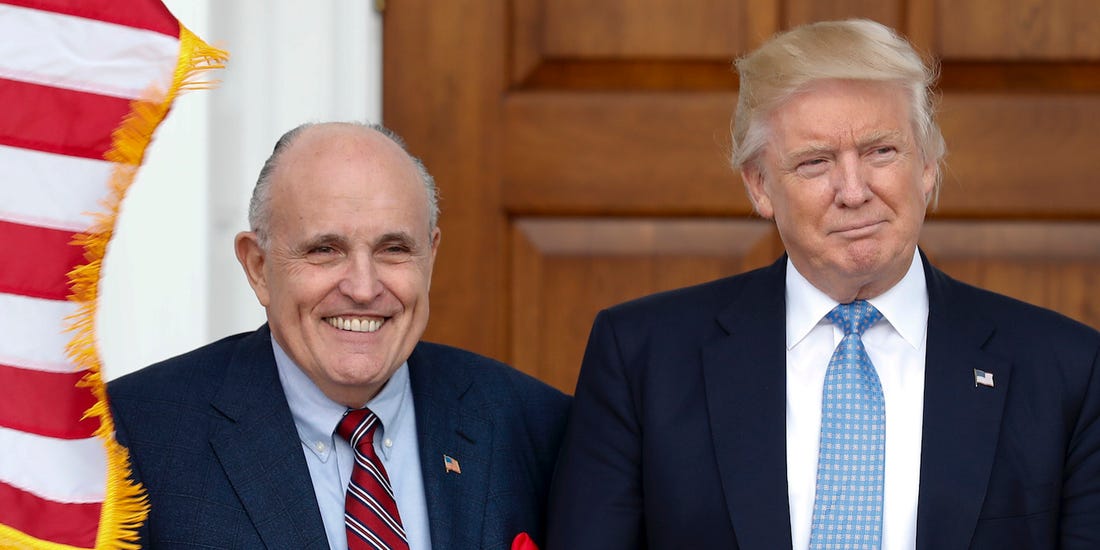 The investigation into Giuliani is affiliated with the case against two of his associates who were detained this week on allegedly violating campaign finance laws. The Ukraine-born businessmen, Lev Parnas and Igor Fruman, were charged with sending illicit contributions to a congressman who they hoped would help remove Yovanovitch. Giuliani has denied any wrongdoing but admitted he, Parnas and Fruman were working to dig up dirt on the ambassador and Biden.

The former New York City mayor then shared the information he uncovered with American government officials and a pro-Trump columnist to help undermine Yovanovitch, according to the NY Times. It is not clear how far the investigation has progressed, and prosecutors have given no signals they intend to bring additional charges in the case, according to the daily. Federal law requires Americans to inform the Justice Department of any contacts with the government or media in the United States that were made at the director of foreign officials.

Giuliani has said there are no grounds to charge him since he said he was acting at Trump’s behest rather than any Ukrainian official. Giuliani has emerged as a central figure in the House’s impeachment investigation into the president, which was sparked by the revelation that Trump lobbied Ukrainian President Volodymyr Zelensky to work with Giuliani to investigate Biden. Some Democrats have pointed to the White House’s decision days earlier to block aid to Kiev as evidence that Trump may have sought to leverage the money to put extra pressure on Zelensky to comply with his request.