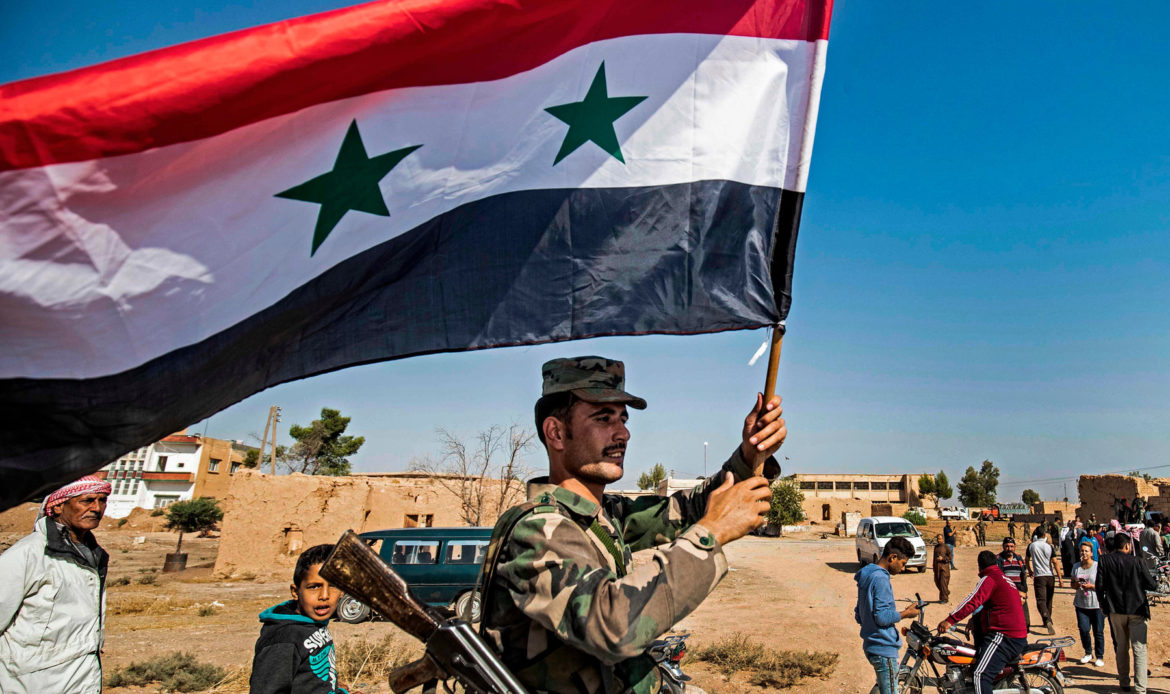 Kurds in northern Syria comprise around 10% of the nation’s population, its largest ethnic minority.

Their relationship with Damascus has been uneasy at best, stormy at worst. They seek local autonomy.

Syrian authorities want the country’s sovereignty and territorial integrity preserved and protected, their right under the UN Charter and other international law.

His aggression has nothing to do with protecting Turkish security. It’s unthreatened by Syrian Kurds except in self-defense if attacked.

Nor is Ankara threatened by ISIS, al-Nusra and likeminded terrorists, elements Erdogan supports.

His rhetorical concern for Syrian refugees is head fake deception. His cross-border incursion is entirely for self-serving interests — unrelated to pretexts he and other Turkish officials cited as reasons for the current offensive.

All wars are based on Big Lies and deception, Turkish aggression following the norm — making restoration of peace and stability to Syria all the harder, especially if government troops from both countries clash.

Here’s where things now stand. Over the weekend, Syrian Kurds agreed with Damascus to have government troops aid them in countering Turkish aggression, a statement saying:

“To prevent and repel this attack, an agreement has been reached with the Syrian government to protect the border and sovereignty of Syria,” adding:

“The Syrian army will enter (Kurdish-controlled areas) and deploy troops along the entire Syrian-Turkish border in order to help (YPG fighters) repel this attack and liberate areas occupied by the Turkish army and its affiliates.”

According to reports cited by Southfront,

“by the morning  of October 14, Syrian Army units will enter the towns of Manbij and Kobani. Some sources say (government troops) will also enter into al-Tabqah. However, these reports still have to be confirmed.”

“This movement comes to confront the ongoing Turkish aggression on towns and areas in the north of Hasaka and Raqqa provinces, where the Turkish forces committed massacres against locals, occupied some areas, and destroyed infrastructure.”

AMN News reported that Syrian forces are poised to enter Raqqa province for the first time since 2014, adding they’ll “soon enter the city.”

They’re “striking the positions of the foreigner-led Turkestan Islamic Party near the Turkish border” in Latakia province.

“The Turkish regime forces (and ‘mercenary terrorists’) intensified aerial and artillery bombardment on villages and towns in Hasaka and Raqqa provinces in framework of their aggression on Syrian territory…occupying several towns and villages.”

“A video surfaced showing tens of bodies and injured people, most of them having been mutilated and burned.”

Is Turkey using incendiary and other banned weapons against heavily populated areas?

Restoration of peace and stability to Syria depends on defeating US-Turkish supported terrorists and aggression, along with ending illegal occupation by foreign forces.

These goals remain unattainable as long as Washington, NATO, Israel, and Turkey pursue their imperial aims in the country.