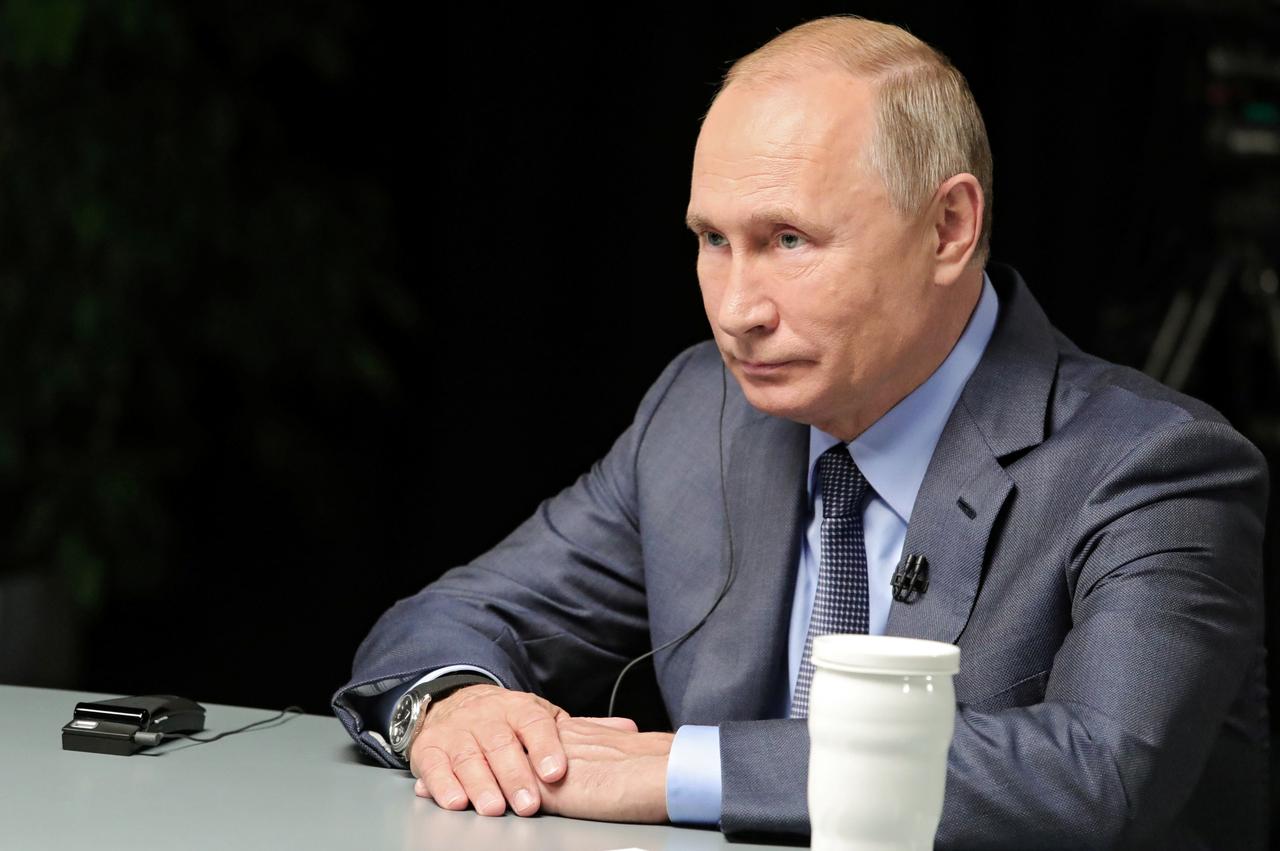 President Putin gave an extensive interview to Arab media before departing for Saudi Arabia and the UAE, but it’s useful to highlight some of the most relevant parts in case interested observers don’t have the time to watch it in full or skim through the transcript since the Russian leader powerfully refutes the Alt-Media narrative that his country is supposedly “allied” with the Resistance against the GCC and “Israel”.

President Putin’s extensive interview that he gave to Arab media before departing for the Gulf is extremely informative in that it authoritatively reveals the true nature of Russia’s foreign policy towards the region, which debunks many of the Alt-Media Community’s dogmas such as the popular one that Moscow is supposedly “allied” with the Resistance against the GCC and “Israel“. It’s therefore of the utmost importance that as many people became aware of what he said as possible, hence the need to highlight some key parts of his interview in case interested observers don’t have the time to watch it in full or skim through the transcript on the official Kremlin website. What follows is bullet point summaries of the main ideas that the Russian leader was trying to convey, after which relevant quotes are referenced in order to support the above-mentioned clai

Russia Isn’t A Partisan Player In Regional Affairs, But A “Balancing” Force That Refuses To Take Sides:

“Russia will never be friends with one country against another. We build bilateral relations that rely on positive trends generated by our contacts; we do not build alliances against anyone…we will do everything in our power to create the right conditions for positive change.

“The role of mediator is not a rewarding one. I believe that our partners in Iran and Saudi Arabia do not need any mediation. Since we maintain very friendly relations with all the countries in the region, including Iran and the Arab states, such as Saudi Arabia and the UAE, we could certainly help relay some messages between the parties, so they could hear each other’s position. But since I personally know the leaders of these countries, I am perfectly sure that they have no need for any advice or mediation.”

So “Balanced” Are Russia’s Policies, That It’s Even Pursuing Military Cooperation With The “Friendly” Saudis:

“In Soviet times, relations between Saudi Arabia and the Soviet Union were at a rather low level. In recent years, the quality of our relations has changed dramatically. We consider Saudi Arabia a friendly nation…We are fostering a partnership in the trust-based, sensitive area of military and defence cooperation. We have been negotiating for a long time.”

This Might Be A Quid-Pro-Quo For Saudi Arabia’s Support Of The Russian-Led Syrian Peace Process:

Speaking Of Syria, Putin Believes That Damascus “Is Responsible For What Is Going On There”:

Syrians Aren’t Just “Syrian”, They’re Divided By Religion And Sect, And Damascus Must Protect Each Equally:

“The very first step along this path is to work on the country’s Constitution, whether by amending the existing Constitution or drafting a new one. In either case, it must protect the interests of all the ethnic and religious groups. People need to know that they live in their own country and that it protects them by law. This must be equally true for Sunnis and Shia, for Alawites and Christians, because Syria has always been a state with many religions, and it could pride itself on this.”

Russia “Shares The Concerns Of The UAE And Saudi Arabia” About Iran:

“I just want to underscore that it is only natural that a big country like Iran, which has existed on its territory for thousands of years has its own interests. Persians and Iranians have lived here for centuries. And we should respect those interests. Of course, it is debatable what is legitimate and what is not, which interests are legitimate and which cross the line. However, you need to have dialogue to understand each other, to puzzle out all the nuances, intricacies and issues. Without dialogue, you cannot solve any problem. That is why I think I can share the concerns of the UAE and Saudi Arabia, but in the case of bilateral issues, it is up to them to resolve them.”

Iran “Should Follow Both The Letter And Spirit” Of The JCPOA Even Though It’s “Unfair”:

“What we are seeing is not quite productive. Not to mention that it is just unfair to blame Iran for failing to deliver on some commitments. It is counter-productive because when a person or a country is treated so unfairly, they start acting in a way different manner, not the way existing agreements require. When one party does not abide by its obligations, why would the other still honour them? Nevertheless, I believe that Iran should follow both the letter and spirit of the agreement.”

Iran’s Missile Program “Can And Should Be Part Of The Discussion Too”, But Don’t Link It With The JCPOA:

“As for the missile programme, I suppose the issue can and should be part of the discussion too. In Russia, there is a saying, and I think Muslims would understand the meaning as well: ‘You should know the difference between God’s gift and fried eggs [dollars to doughnuts].’ These are two different matters. The missile programme is one thing, and the nuclear programme is something different. It does not imply that the missile programme should not be part of the conversation, especially since it raises certain concerns. There is a place for discussion, but let us not mix apples and oranges here; otherwise, all the progress that has been made could be totally lost.”

Russia Will Support The “Deal Of The Century” Once It Knows What’s In It And If It Really Brings Peace:

“Now on the ‘deal of the century’. We will support any deal that will bring peace but we need to know what it is about. The US has been pretty vague about the details of the deal. Washington has kept in the dark the global and domestic public, the Middle East, and Palestine.”

After All, Russia “Cares About What Is Happening” In Israel Since It “Is Almost A Russian-Speaking Country”:

“Incidentally, we have very good relations with Israel as well. Almost 1.5 million Israelis come from the former Soviet Union. Israel is almost a Russian-speaking country. The Russian language is often heard in shops everywhere. We do care about what is happening in Israel.”

“We are deeply committed primarily because we believe that the Israeli-Palestinian conflict is key to resolving many other regional issues. Unless it is resolved, it will continue to feed radicalism and terrorism, among other things. When people feel they have no legal ways to uphold their rights, they take up arms. In this sense, I feel the Israelis are also interested in a long-term, ultimate solution, not just the Palestinians.”

As can be seen from the key excerpts shared above, Russia certainly isn’t “allied” with the Resistance like some influential Alt-Media figureheads make it seem, but is if anything extremely critical of the Resistance’s Iranian leader and fellow Syrian member, while being very sympathetic towards their “Israeli” and GCC rivals as part of Moscow’s latest iteration of its regional “balancing” strategy.