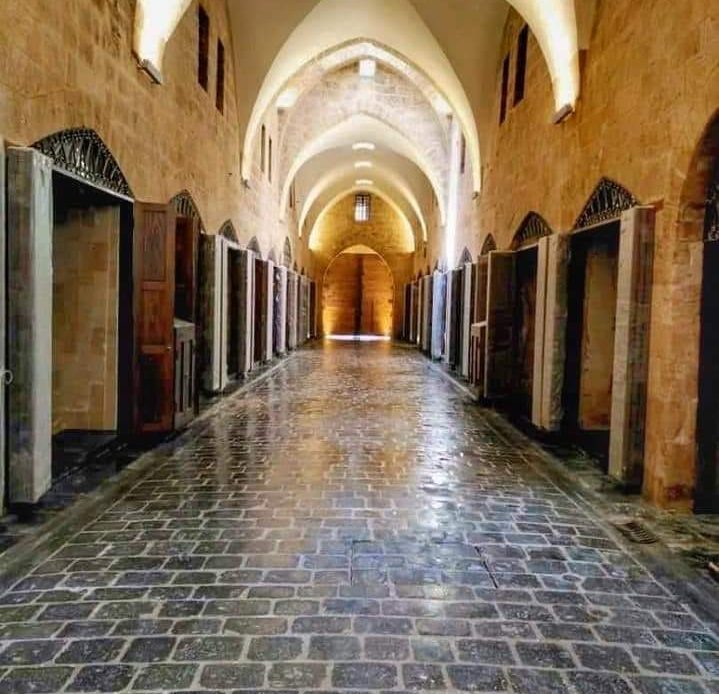 A centuries-old al-Saqatiyah souk (market) was re-opened recently in the old city of Aleppo after the completion of restoration works and repairing the damages caused to its shops due to terrorism.

Re-opening of this souk means the return of former way of life and for traders and shoppers, being back in the al-Saqatiyah souk represents a partial return to their old lives.

The souk includes more than 53 shops dedicated to the sale of desserts and nuts. It is considered as the main center of the markets of the old city of Aleppo.

Al-Saqatiyah souk’s significance comes from being the link between all the markets in the old city. It extends from the door of Antioch in the western side of the old Aleppo to al- Zarb souk in the opposite side of the Citadel of Aleppo at the east.

By re-opening this market, Aleppo proves that it is the capital of the national economy and sends a message of love, peace and tolerance from the city of culture and heritage to stress that it has regained its humanitarian and economic role.

A number of institutions participated in the restoration works of this important souk, including the Directorate General of Antiquities and Museums, the Governorate and Aleppo City Council, the Syrian Trust for Development and the Agha Khan Cultural Foundation.