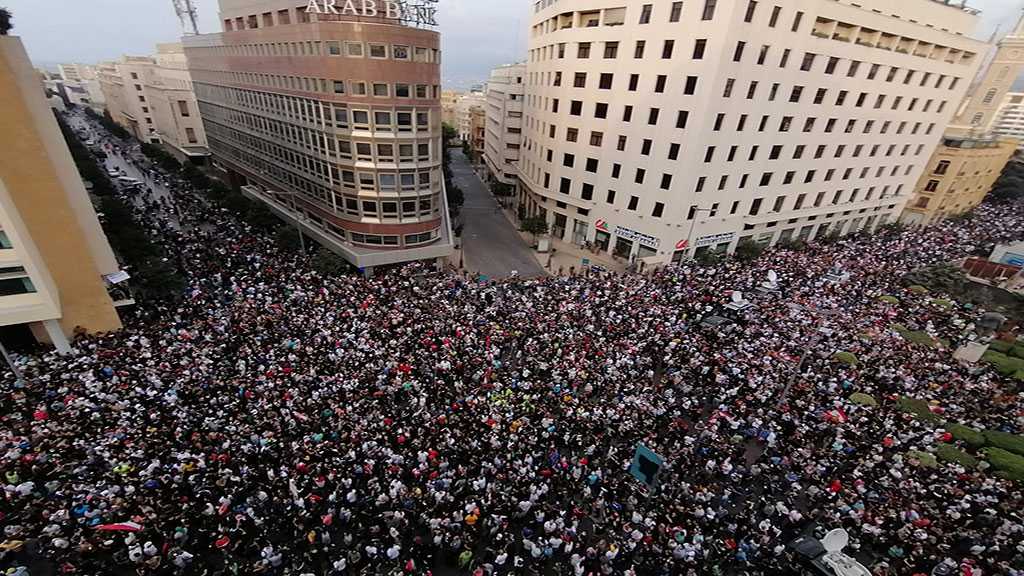 On late Saturday, Lebanon’s minister of finance said that the government had agreed on a final budget which did not include any additional taxes or fees in a bid to appease nationwide protests.

People are holding anti-government protests in Beirut, Lebanon amid a government decision to agree on the final budget without imposing additional taxes.

Mass protests in Lebanon erupted earlier in the month after the government moved to introduce a $6 monthly tax on online calls made via WhatsApp and other mobile applications.

Even though the tax was scrapped as the protests gained momentum, the rallies continue, with dozens of people injured in clashes between security forces and

Beirut Lebanon
Previous ArticleUS Forces Reportedly Bomb Their Own Airfield in Syria
Next Article Who Is Behind The Iranian Tanker Attack?