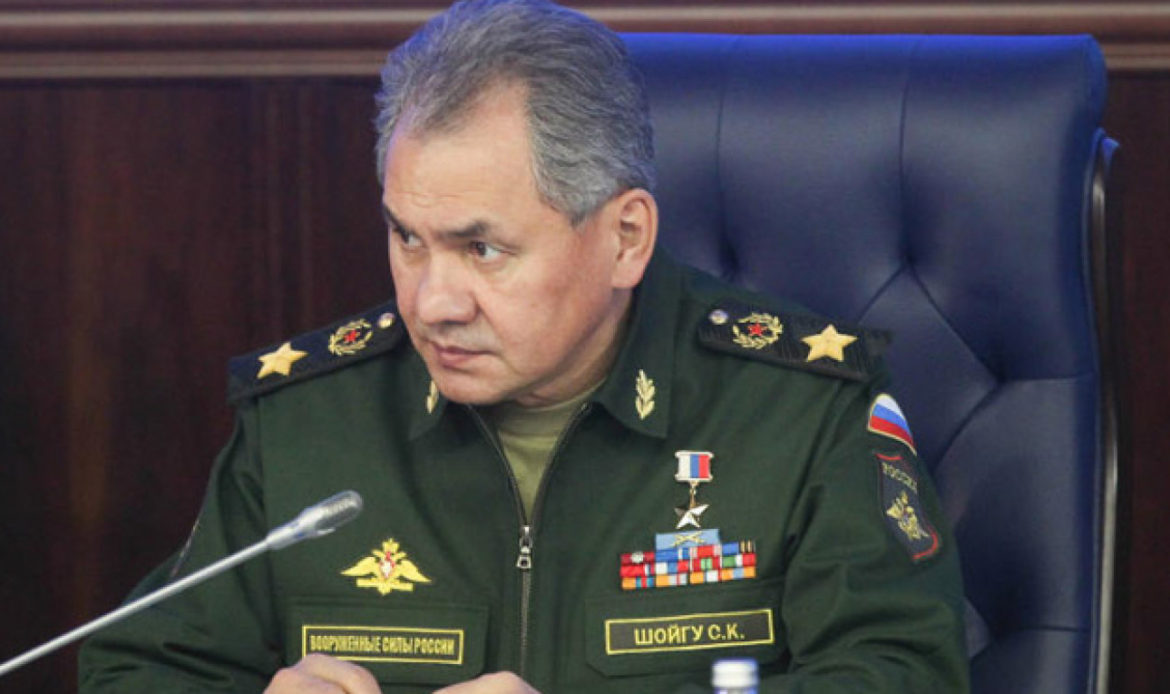 Arrests of foreign terrorists were unprotected due to the Turkish military operation in Syria. That could trigger a wave of terrorist migration to their home countries, warned Russian Defense Minister Sergei Shoigu.

Turkey launched an offensive in northern Syria on 9 October to combat Kurdish militias on the Turkish border and establish a safe area in the north-east of the Arab country to accommodate thousands of refugees.

On October 17, Turkey and the US celebrated a 120-hour ceasefire in Syria for Syrian Kurds to withdraw their forces 30 kilometers from the Turkish border.

“The actions of the Turkish army have left eight refugee camps and 12 prisons for foreign terrorists unprotected, which could cause a wave of reverse terrorist migration to their home countries,” Shoigu said.

In this context, the minister urged the international community to join forces to “face the challenges posed by terrorists, their ideology and propaganda.”

“The Russian Ministry of Defense has enormous experience in this area, which we are willing to share with our partners in the Asia Pacific region,” the official added.

Shoigu also warned of the growing presence of the ISIS terrorist group in Southeast Asia following their defeat in Syria. According to the Russian, Indonesia, Malaysia, Singapore, Philippines and Thailand are in the sights of the movement.

Although just a few years ago terrorism “was not considered a major threat” to Asia-Pacific countries, “today in the region there is the activity of numerous extremist groups, of which about 60 are classified as terrorists,” he added.

Meanwhile, Turkish President Recep Tayyip Erdogan’s adviser Yasin Aktay. The possible protection of the Kurdish units operating in northern Syria by Damascus will be regarded by Ankara as a declaration of war on Turkey.

“If the Syrian regime [government troops] wants to enter Manbij, Kobane and Qamishli to provide protection to the Kurdish People’s Protection Units [YPG], this will be seen by Turkey as the declaration of war and [Damascus] will face a relevant response,” said Aktay.

However, according to him, if the Syrian government provides Turkey with assurances that Kurdish units will not operate in the border area, Ankara could change its position in advancing Syrian government troops to the northern part of the country.

Erdogan’s adviser added that Turkish and other foreign troops would leave Syria after the establishment of peace and security throughout the country.