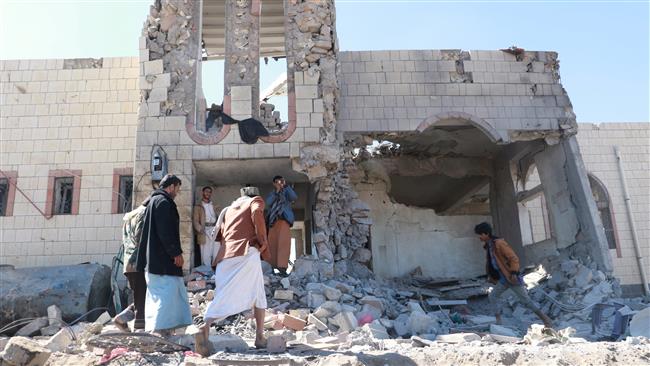 At least five civilians have been killed when Saudi military aircraft carried out airstrikes in Yemen’s mountainous northern province of Sa’ada as the Riyadh regime presses ahead with its atrocious bombardment campaign against its crisis-hit southern neighbor.

Saudi fighter jets conducted an aerial assault against a car as it was traveling along a road in the Kitaf wa Al Boqe’e district of the province on Monday evening, claiming the lives of four people, Yemen’s Arabic-language al-Masirah television network reported.

The report added that the fallen victims were all members of the same family, and that there were a child and a pregnant woman among the deceased.

Earlier in the day, a civilian lost his life when Saudi warplanes struck Ghamar area in Razih district in the same Yemeni province.

Saudi artillery rounds and mortar shells also rained down on residential neighborhoods in Razih, but there were no immediate reports about possible casualties and the extent of damage caused.

Saudi Arabia and a number of its regional allies launched a devastating military campaign against Yemen in March 2015, with the goal of bringing the government of former president Abd Rabbuh Mansur Hadi back to power and crushing the Houthi Ansarullah movement.