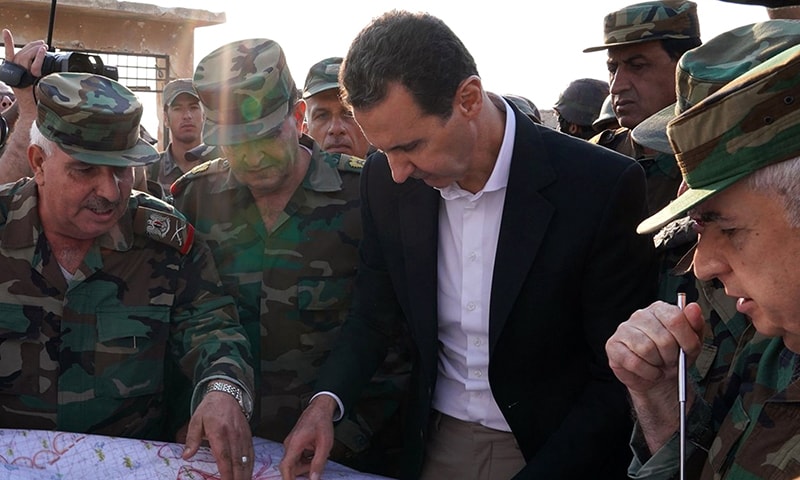 Syrian President Bashar Assad has paid a visit to the frontline in Idlib province and to the recently liberated city of Hobait, the presidential press service said on Tuesday.

“President Assad has met with servicemen of the Syrian governmental army at the frontline near the city of Hobait in Idlib province”, the press service said in a statement.

The president also noted that the Idlib front is the main battle to end the war in Syria.

The press service released a photo featuring Assad surrounded by servicemen and officers, and a map of the frontline. According to the map, some nearby settlements are still controlled by the Hayat Tahrir al-Sham* group (former Jebhat al-Nusra).

The Syrian army has liberated Hubeit from Hayat Tahrir al-Sham militants on 11 August.

Idlib remains the last stronghold of various militant factions in the country that oppose the Syrian government. The sides arranged a ceasefire with the help of Russia, but clashes between the army and militants still continue across the area.

The situation in the region also changed amid the Turkish offensive against the Syrian Democratic Forces (SDF) in northern Syria, as Damascus has reclaimed several cities, previously held by the US-backed Kurdish militia.