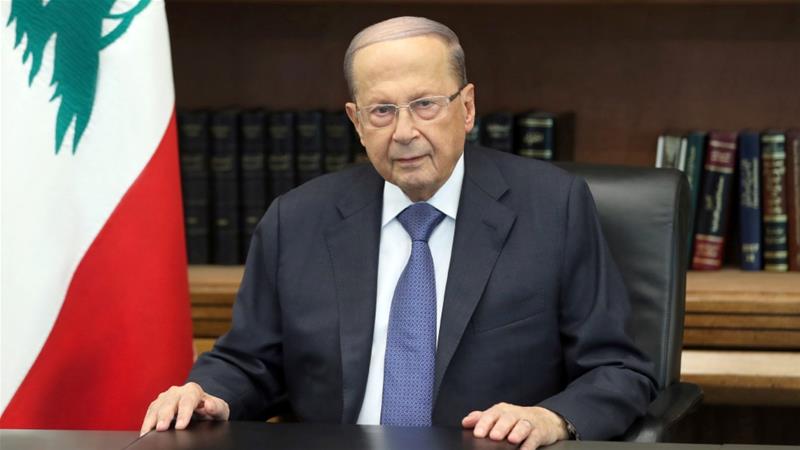 Lebanese President Michel Aoun has expressed his readiness for dialogue with anti-graft protesters to put an end to nationwide demonstrations and save the country from financial collapse.

In a televised address to the nation on Thursday, Aoun promised he would fight state corruption as demanded by thousands of angry demonstrators.

“My call to demonstrators: I am ready to meet your representatives that carry your concerns to listen to your specific demands. You will hear from us about our fears over financial collapse,” he said.

“We will discuss what we can do together to achieve your objectives without causing collapse and chaos and open a constructive dialogue that can lead to a constructive result and define options that will lead to the best results.”

He also left the door open to a possible cabinet reshuffle. “It has become necessary to review the current government situation so that the executive authority can pursue its responsibilities.”

Positioning himself as in solidarity with protest grievances, the president pledged to back new proposals that would lift bank secrecy and scrap immunity for presidents, ministers and lawmakers.

Commenting on reforms, the president said “the reform paper that was approved will be the first step to save Lebanon and remove the specter of financial and economic collapse.”

“It was your first achievement because you helped remove obstacles in front of it and it was adopted in record speed,” Aoun told protesters.

The president also echoed calls on the street to stamp out graft. “Every person who stole public money should be held accountable but it is important their sect doesn’t defend him blindly.”

“I called the president of the republic and welcomed his call for the need to review the situation of the current government through constitutional mechanisms,” Hariri said in a tweet.

Protesters on Thursday took to the streets for a ninth consecutive day to voice discontent with rising inflation and living costs in Lebanon.

Growth in Lebanon has plummeted in the wake of political deadlocks and an economic crisis in recent years. Unemployment stands at more than 20 percent, according to official figures.

The Lebanese Finance Ministry says the national debt is hovering around $85 billion, which accounts for more than 150 percent of the gross domestic product (GDP).