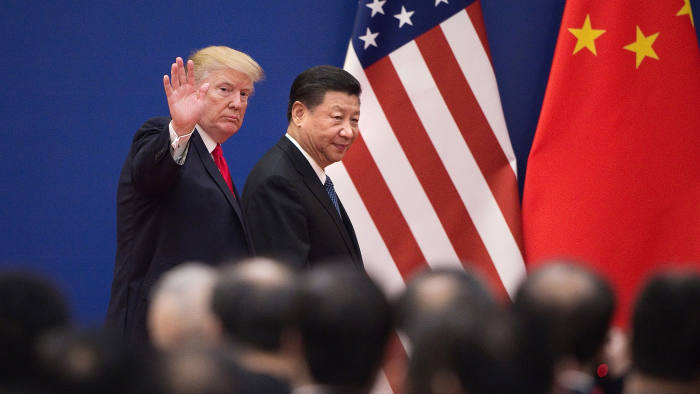 Trump will ‘renege’ on any possible trade deal with China

US President Donald Trump will “renege” on any possible trade deal it reaches with China, as Washington has never been an honest broker, says a political analyst in California.

“The world can see for itself, on a daily basis, that it is the word of the US, especially now under the Trump administration, not China’s, which cannot be trusted,” said Dennis Etler, a former professor of Anthropology at Cabrillo College in Aptos, California.

“The US has never been an honest broker, its modus operandi has always been dissimulation and deceit,” Etler told Press TV on Wednesday. “To turn around and disingenuously accuse your opponent of what you yourself have done is the standard operating procedure of the US now and in the past.”

“This has been compounded by the fact that US President Trump is a congenital liar,” he added.

The world is “shocked” that White House trade adviser Peter Navarro made up a fictitious anti-China economist in his books, China’s Foreign Ministry said on Tuesday, adding that it is absurd and dangerous to make policy based on lies.

“Making up and peddling lies, even making policy based on lies, is not only ridiculous, but also extremely dangerous,” Chinese Foreign Ministry spokeswoman Hua Chunying told a daily news briefing.

It said that according to Tessa Morris-Suzuki, an emeritus professor at Australian National University, Vara’s name had appeared a dozen times in six of Navarro’s nonfiction books but no such person could be found.

Navarro has been forced to admit that Ron Vara, a hawkish analyst quoted in several of his books, is in fact a made-up person whose name is an anagram of Navarro’s own.

Navarro said in a statement that the name he used was “a whimsical device and pen name I’ve used throughout the years for opinions and purely entertainment value, not as a source of fact”.

Chinese state media, though generally not China’s government, have repeatedly criticized Navarro, who has advocated a hard line against Beijing.

The United States and China have been locked in a trade war for more than a year. Washington and Beijing have levied punitive duties on hundreds of billions of dollars of each other’s goods, roiling financial markets and threatening global growth.