Home Politics Middle East White Helmets – A Terrorist Organization, and the Support of the Trump Administration 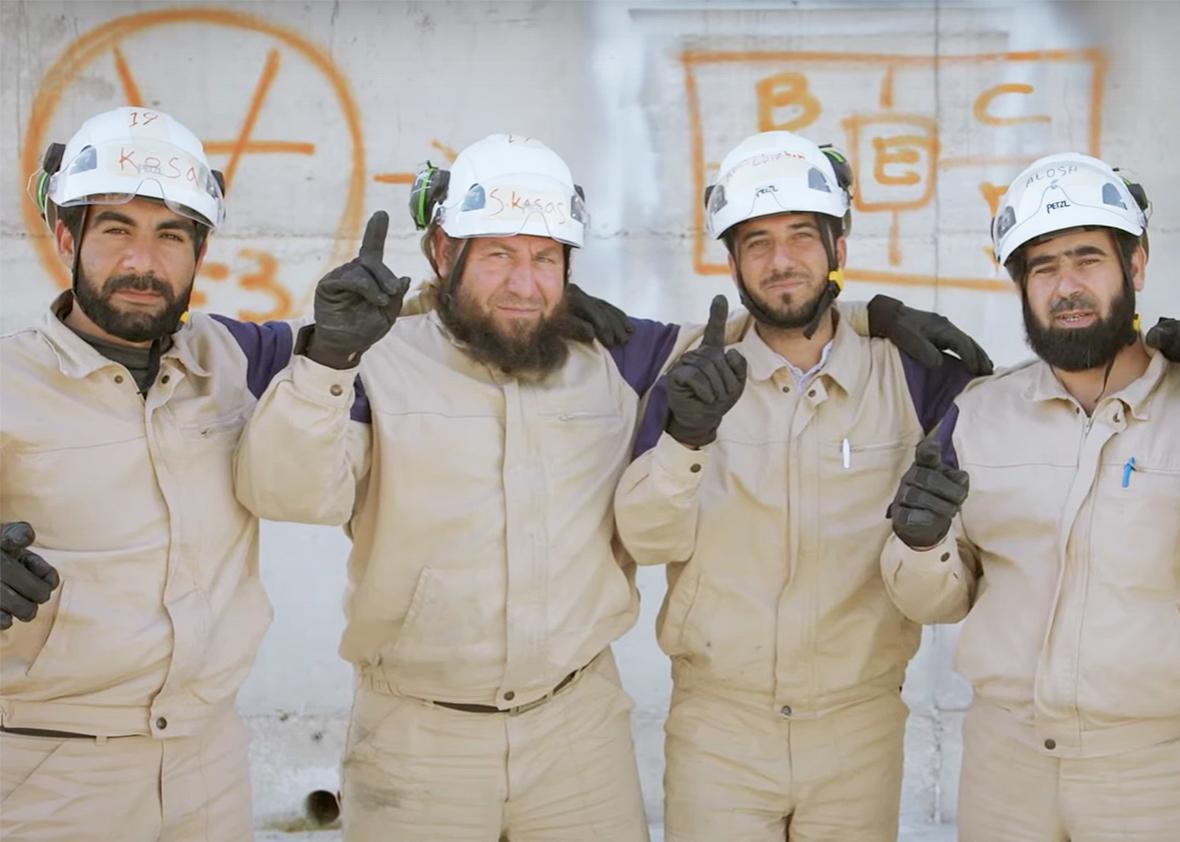 The White Helmets are a terrorist affiliate of ISIS and al-Nusra front and not paramedics. A British secret service agent created these pseudo paramedics terrorists with the financial support of Western countries. Great Britain, France, Germany, and the U. S financed this terror organization. They received even an OSCAR award from the terror-supporting Hollywood factory, contracted by Israel and the Pentagon. Except for the Western fawning and corrupt media, the White Helmets are considered a terrorist affiliate and extremely dangerous. They are not paramedics but a ragtag gang of Western financed terrorists.

The White Helmets only come to the “rescue” in ISIS-controlled and run territories. When there were so-called poison-gas attacks, the first on the scene were White Helmets. Just a coincidence? Were they even part of these staged poison-gas attacks by their brothers and sisters from ISIS? Studies have shown no involvement of the Syrian Armey but rather by ISIS and al-Nusra. Up till now, the White Helmets are only present in ISIS-controlled territory. There is not only evidence for the involvement of the White Helmets in staged false chemical and other attacks but also in harvesting organs of pretended rescued, as the Russian-based Foundation of the Study of Democracy presented.

The Trump administration pretense of fighting terrorism; actually, they support this terror group with 4.5 million US-Dollars. It comes to no one’s surprise. Haven’t the U.S created the Syrian terror scene in the first place? Why does Donald Trump follow Obama’s fatal footprints in Syria, instead of eradicating his disastrous legacy in this country? Instead of having shred the Iranian Nuclear Deal, Obama’s main achievement,  Trump instead gave in to Israel’s extremist Prime Minister Benjamin Netanyahu’s pressure and let the deal heading south.

Germany granted these White Helmets terrorist refugee-status in Germany due to the pressure of Israel. In the year 2000, the German government also succumbed to Israel’s influence when the Zionist occupation forces pulled out of Lebanon in a hush-hush operation. Germany had to accept their collaborators from the South Lebanese  Army. The then German Foreign Minister Joschka Fischer was an obedient subordinate to Israel and especially to Madeleine Albright, the then U. S. Secretary of State, who showed him future prospects after leaving the office.

The Trump administration went out of its way, saying that the so-called “Syrian Civil Defense” (SCD= better-known as “White Helmets”) did “important and highly valued” work. If the Trump White House would have had a sound crap of contemporary developments, they could have never come up with the statement that these terrorists have “secured more than 115.000 people”. They have been involved in staging terror incidents and then appeared as so-called rescuers.

That the U. S. sticks to its own “baby” shouldn’t surprise anyone. The White Helmets are only a little department of a more extensive terror network that the Western imperial powers created to topple a legitimate ruler of Syria, President Bashar al-Assad. That Russian President Vladimir Putin, the Iranian government and the Lebanese Liberation Organization Hezbollah tipped to this political scam should perhaps only surprise the Americans and their European minions.

Putin and the Turkish President Erdogan, together with President al-Assad, will protect the border to Turkey to prevent the Kurdish militia from committing attacks inside Turkey. Whether this will be a successful undertaking also depends on Israel, which has been supporting the Kurdish struggle for an own state, but out of base motives, which do not serve the real independence of the Kurdish people.