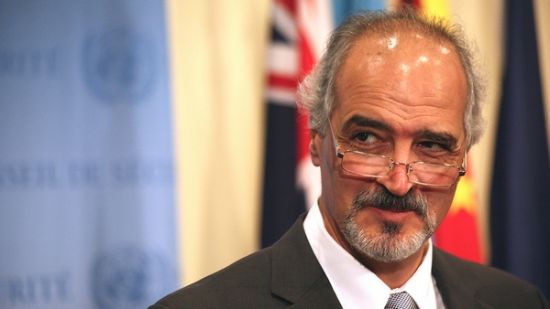 Syria’s Ambassador to the United Nations Bashar al-Ja’afari says the occupied Golan Heights will always remain an integral part of Syria despite attempts by the White House and Tel Aviv to distort the reality.

Addressing a UN Security Council session on Monday, the Syrian diplomat said Damascus reserved the right to re-establish control over the mountainous plateau.

“Liberating Golan and restoring it to the 1967 line, through all means which are guaranteed by the international law, will remain a priority for Syria,” he said.

The Israeli regime has long been pushing for the US recognition of Tel Aviv’s ‘sovereignty’ claims over the territory, which, as the Syrian ambassador mentioned, was seized in 1967.

On March 25, US President Donald Trump signed a decree that suited the Israeli interest regarding Golan. The signing took place at the start of a meeting with Israeli Prime Minister Benjamin Netanyahu in Washington.

Trump’s move came over a year after he recognized Jerusalem al-Quds as the “capital” of Israel and moved the US embassy from Tel Aviv to the occupied Palestinian city.

The United Nations has time and again stressed Syria’s sovereignty over the heights.

Back in December 2018, the majority of the United Nations General Assembly adopted a resolution urging the Israeli regime to withdraw from Golan.

The resolution, titled The Syrian Golan, was adopted by a record vote of 99 in favor, 10 against and 66 abstentions. It declared that Israel’s controversial move to extend its laws, jurisdiction and administration on the occupied heights is null and void.