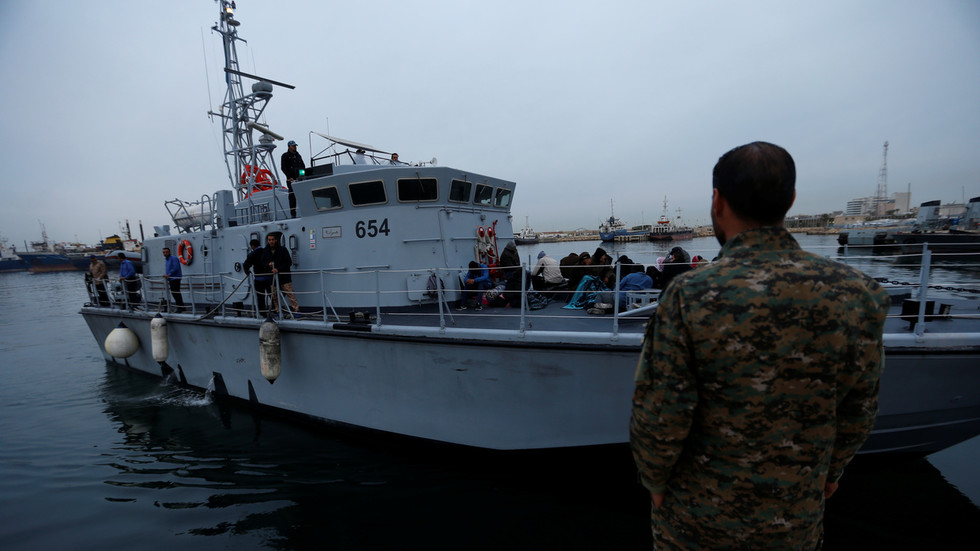 Libya’s coastguard said on Monday that it had intercepted dozens of Europe-bound migrants off the Mediterranean coast. A rubber boat with 53 African migrants was stopped off Libya’s western town of Abu-Kemmash, about 25km (15.5 miles) from Tunisia, the previous day, said the coastguard spokesman, Ayoub Gassim.

The migrants were returned to shore and taken to a detention center in the capital, Tripoli, AP quoted him as saying.

The EU has partnered with Libya’s coastguard and other local groups to stem the dangerous sea crossings. Rights groups say those policies leave migrants at the mercy of armed groups or confined in squalid detention centers.

The humanitarian aid group Sea-Eye has said that gunmen on Libyan-flagged speedboats threatened the crew of its rescue ship ‘Alan Kurdi’ and the migrants it was rescuing on Saturday, firing shots into the air and water.