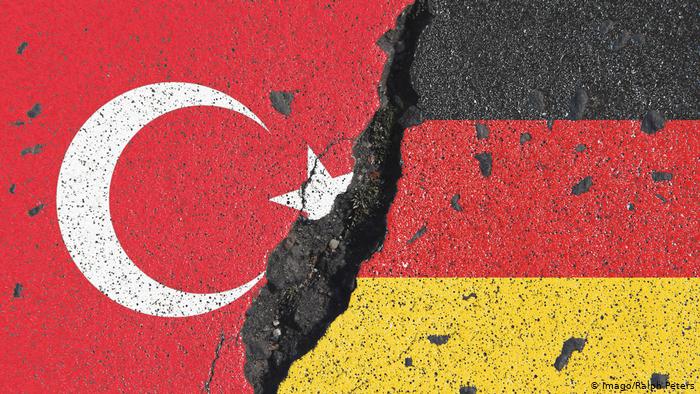 Do Germans Want to Exclude Turkey From NATO?

Ankara’s membership in the alliance has been questioned by some German politicians after it launched an operation in the north of the war-torn country, insisting that it is targeting Daesh jihadists and Kurdish militias, which Turkey considers a part of the Kurdistan Workers’ Party (PKK), banned by the country.

The majority of German respondents, polled by agency YouGov, backed the expulsion of Turkey from NATO over Ankara’s operation in northern Syria, the German news agency DPA reports. In the survey, conducted on behalf of the outlet, 58 percent supported the idea while only 18 percent spoke against it. A broader majority of respondents also favoured the German government taking a tougher stance against Turkey with 61 percent backing economic sanctions and 69 percent supporting a complete arms export ban.

Germany has criticised Turkey for launching an incursion into northern Syria to push Kurdish militias from its border. Berlin has already limited arms sales to Turkey. However, arms sales are not totally banned, as Deutsche Welle points out although German Chancellor Angela Merkel has said that Berlin would not deliver any arms to Turkey in the wake of Ankara’s operation in northeast Syria.

The idea to expel Turkey from NATO, as well, has been already expressed by some German politicians, including members of the left-wing party Die Linke. The acting chairman of the centre-left SPD parliamentary group Rolf Muetzenich even called into question Ankara’s membership in the bloc.

NATO’s founding charter doesn’t spell out a mechanism for member states to expel an ally, which makes the hypothetical expulsion complicated and lengthy, something that in effect should be ratified by all member states.

Turkey kicked off its operation in northern Syria on 9 October with a stated goal of clearing the region of Kurdish militias and Daesh*. Ankara considers the Kurdish People’s Protection Units (YPG) to be terrorists. Before the Turkish operation, the YPG had been supported by the US in their fight against Daesh as part of the Syrian Democratic Forces (SDF). The offensive has been widely condemned by the international community with the Syrian government calling it an aggressive violation of the nation’s sovereignty. Damascus even moved to work together with Kurdish forces to defend the country.