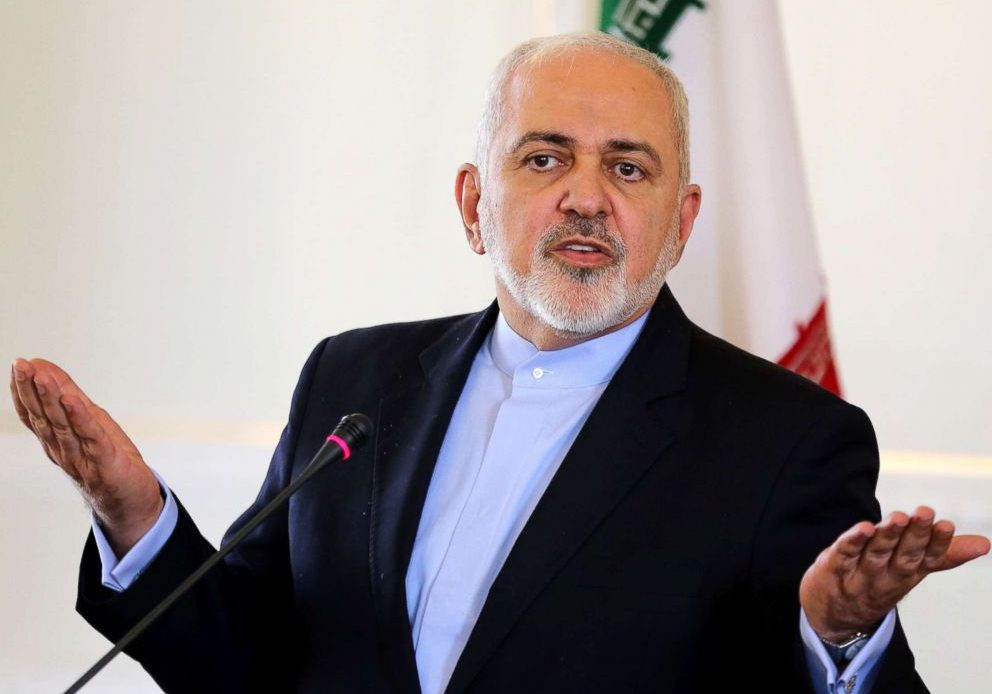 FM Zarif: US attempts to exclude Iran from any regional arrangement futile

Iranian Foreign Minister Mohammad Javad Zarif has lashed out at the United States for pursuing a policy aimed at isolating the Islamic Republic in the region, saying such attempts are futile.

Zarif, who is in Qatar to attend the annual Munich Security Conference (MSC), made the remarks in an exclusive interview with the Doha-based television network Al Jazeera on Tuesday.

He said Washington’s policy of excluding Iran “from any regional arrangement – whether in Syria, Afghanistan or Yemen – will just not work,” once again emphasizing that US sanctions against Iran have “failed.”

He also described as “unacceptable” Saudi Arabia’s similar attempts to isolate Iran, Turkey and Qatar from regional security equations, saying, “We all have to come together” in the face of such isolationist agendas.

In an address to the 74th session of the General Assembly on September 25, Rouhani said as a steward of maritime security in the Persian Gulf and the Strait of Hormuz, Iran invites all countries that are affected by developments in the strategic region to join Hormuz Peace Endeavor (HOPE).

He said at the UN that the “Coalition of HOPE” aims to promote peace, stability, progress and prosperity of littoral states and help achieve mutual understanding and establish peaceful and friendly relations among them.

Elsewhere in his remarks, Zarif said Iran is ready to engage with the international community including the US over its nuclear program, but emphasized that Tehran would not join discussions that did not take into account the Iranian interests.

The top Iranian diplomat added that the Islamic Republic would never accept a “zero-sum game” approach to solve a worsening crisis after the US decided last year to abandon the multilateral 2015 nuclear deal between Iran and major world powers.

Tensions have been running high between Iran and the United States since last year, when President Donald Trump unilaterally withdrew the US from the landmark nuclear deal, officially known as the Joint Comprehensive Plan of Action (JCPOA), and unleashed the “toughest ever” sanctions against the Islamic Republic.

In response to the US move, Tehran has so far rowed back on its nuclear commitments three times in compliance with articles 26 and 36 of the JCPOA but stressed that its retaliatory measures will be reversible as soon as Europe finds practical ways to shield the mutual trade from the US sanctions.

Pointing to Trump’s insistence on the need for a new agreement, Zarif said Iran was “not afraid of deals or meetings” but emphasized that “everyone is required to live up to their own commitments.”

“The survival of any agreement depends on each party gaining something from it,” he said.

Speaking in a press conference with domestic and international media outlets earlier this month, Iranian President Hassan Rouhani said the country is ready to restart nuclear talks with the member states of the P5+1 group if the United States removes all sanctions it has re-imposed on Iran after Washington quit the JCPOA.

“If sanctions are removed based on our demands, we are ready to take part in talks within the framework of P5+1,” he said.