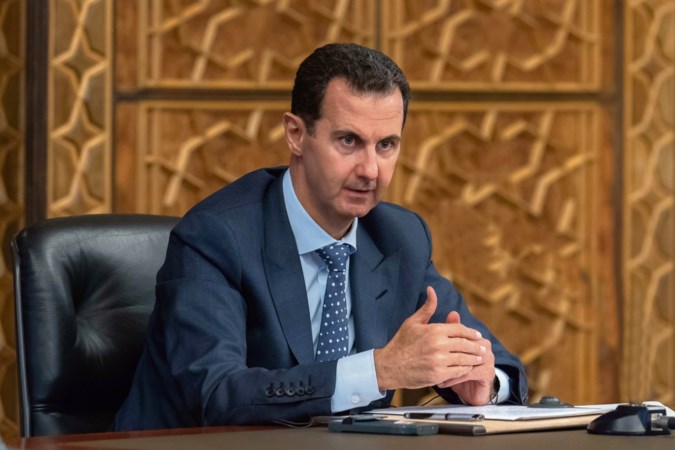 Assad’s Comments about Trump Are Right on the Money

I’ve written a lot of words about Syria over the past few years. It wasn’t that I necessarily wanted to—there are plenty of other things I’d rather write about—but I didn’t have much of a choice. Western military meddling in, and Western media coverage of, that terrible conflict forced my hand. Both were so hypocritical and mendacious that I couldn’t help myself.

I don’t know about you, but I don’t much like being manipulated and lied to. So I wrote a handful of articles countering the propaganda with which we were being clubbed on a daily basis, pointing out inconvenient but undeniable facts that the mass media were either burying or distorting. These facts had to do with the nature of the armed opposition, Russia’s intervention, our own role in turning Syria into a charnel house, and, of course, the notorious chemical weapons incidents that were used as excuses for American bombing.

I was what is officially known as an “Assadist”—an apologist for Assad, who had murdered 400,000 of his own people. For some strange reason, killing one’s own people is far less acceptable than killing someone else’s. We in the United States like to do both: our militarized police kill unarmed Americans while our military kills, directly or indirectly, unarmed Iraqis, Syrians, Afghans, Yemenis, etc. in numbers dwarfing 400,000. By the way, you’ll have noticed that that figure, which held steady for three or four years, has miraculously begun to go down. Now it’s 300,000, or 250,000, or in some cases even less. It’s reminiscent of the disappearing residents of east Aleppo. While that gory battle raged on, there were supposed to be 250,000 innocents caught in the crossfire. When the “rebel” enclave finally fell, a few media outlets quietly conceded that there had been less than 100,000 people there; most outlets did not bother correcting the record.

It was all very farcical and embarrassing. At times it passed into the sphere of surrealism. I remember watching a CNN or MSNBC broadcast one night and nearly spitting out whatever it was I was drinking when I heard a commentator assert that Assad had “killed millions.” The absurd hyperbole went unchallenged by her fellow panelists—probably they thought it was true. Another time, while an English-language interview with Assad was being discussed, a CNN woman clarified for the folks at home that everything one saw and heard on the tape must be taken with a grain of salt, because the interview had been recorded by the Syrian government and then selectively edited to Assad’s liking. Again, nobody interjected to say that Assad grants interviews to journalists on the condition that the conversation is recorded and published in its entirety, without any editing by anyone. But again, the pros at CNN probably didn’t know this. They believe most of their own lies.

If you refused to jump on the bandwagon and tell lies about the Syrian government, you were an “Assadist.” If you mentioned that east Aleppo was occupied by al-Qaeda-types, you were an “Assadist.” If you expressed skepticism about the humanitarian credentials of the White Helmets, “Assadist” again. Interesting to note that much of the mainstream press are now Assadists. They no longer pretend, for example, that Erdogan’s proxies comprise some kind of moderate rebel force worth supporting—their ethnic cleansing of Kurdish majority regions finally laid waste to that stubborn little myth. Nor do they deny that Idlib is governed by Wahhabi maniacs who differ from ISIS in tactics only. Anyone making such points two or three years ago, when Washington still clung to the hope that Assad would be Gaddafi’d, was beyond the pale. Now that Assad is certain to win the war, it’s permissible to tell the truth—part of it anyway. Speaking of Idlib, the media seem to have settled on a figure of 3 million civilians. We’ll see how many of those people vanish into thin air if and when the Syrian army regains control of the area.

But coordinated resistance is not such an easy thing when you’re dealing with a monolithic corporate media that overwhelms you with state propaganda and then blackens anyone who dares push back. Which is why Trump, hideous as he and his policies are, is a breath of fresh air. I’ve written about this before. By wearing his vile, imperialist motives on his lapel, he makes it extremely difficult for the media to sell us their snake oil. We should topple Maduro, the Trump regime contends, because then we’ll have control of Venezuela’s enormous oil reserves. “That’s the country we should be going to war with,” Don reportedly said in private. “They have all that oil and they’re right on our back door.” But we don’t have to believe that account. Here’s his erstwhile National Security Adviser, the reptilian John Bolton, speaking publicly: “We’re looking at the oil assets. That’s the single most important income stream to the government of Venezuela. We’re looking at what to do to that.”

Returning to Syria, Trump has announced that he’s keeping American troops there (forever, presumably) to secure and protect oil fields in the northeast. There you have it, plain as day: we shall stay in Syria because, well, we want its oil. George and Dick always maintained that oil had nothing to do with their decision to go into Iraq and tear it apart—that was just a silly conspiracy theory. All we wanted was freedom for the Iraqi people. Our motives were benevolent and disinterested. From Trump we get no such claptrap. From Trump, one of the most prolific liars in the business, we ironically get the truth. That, according to the president of Syria, makes him “the best American president.”

Assad made the remark in a recent interview. He expounded: “Why? Not because his policies are good, but because he’s the most transparent president. All American presidents commit crimes and end up taking the Nobel Prize and appear as a defender of human rights and the ‘unique’ and ‘brilliant’ American or Western principles, but all they are is a group of criminals who only represent the interests of the American lobbies of large corporations in weapons, oil and others.”

Call me an Assadist, but Assad is right on the money. Trump has lifted the embroidered veil from American foreign policy and exposed for everyone to see the rottenness that lies beneath. In all his vulgar glory, he lays bare the cynical, beastly motives underpinning the sanctions, the military and economic aid, the US-led coalitions, the humanitarian interventions, the cruise missile strikes, the full-scale invasions. He shows us, ultimately, that the American Empire is as ugly and irredeemable as he is. What say you, Washington Post?