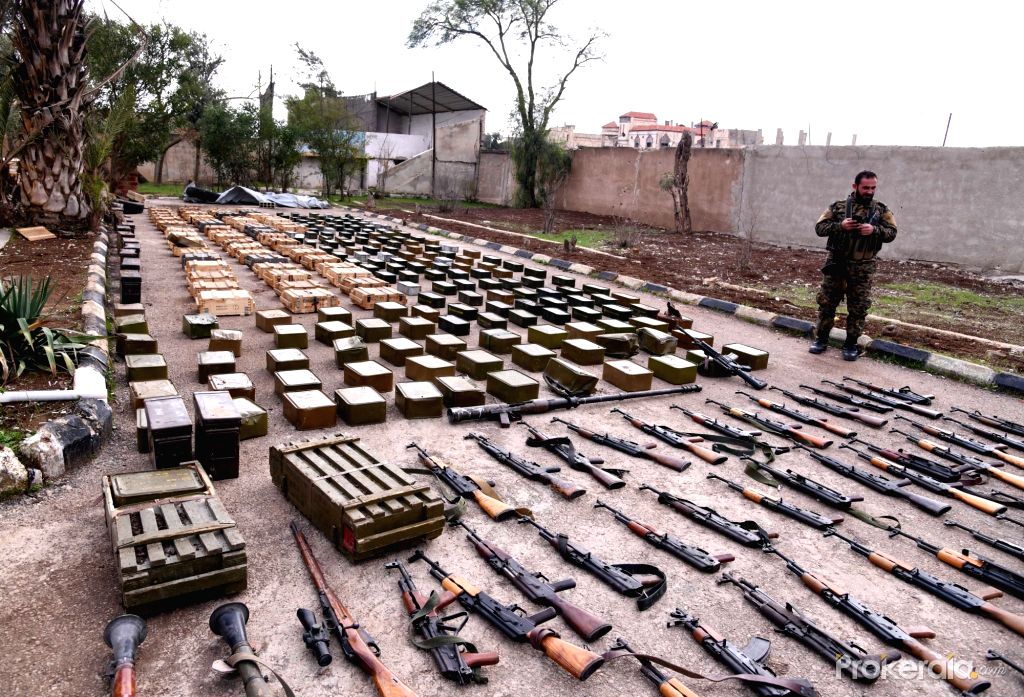 For many years, Abu Malik Cheg Cheg had been known in the south of Syria for being the biggest arms dealer, selling a variety of arms, ammunition and military equipment to all factions. Taysir al-Sharif was known as Abu Malik Cheg Cheg after he was introduced to the world of weapons trading and expanded his activities to supply the armed factions leaders with ammunition and weapons.

He also had a wide network of connections with arms dealers in Syria and the region, especially Bedouin traders in Lejat known as “the Birds” who acted as brokers in arms trade between Cheg Cheg and ISIS.

A private source informed that leaders of the armed factions had always been indebted to Cheg Cheg for supplying them with ammunition and weapons to use in attacks against the Syrian army, especially when they took control of Sheikh Miskeen in Deraa countryside in 2014 and seized control of Brigade 52 in the summer of 2015.

Cheg Cheg played a pivotal role in how the battles went on. Cheg Cheg came from Naseeb town which borders Jordan. He maintained contacts with Jordanians and was well-connected, which made him the biggest arms dealer in the south of Syria.

The US, France, Britain and some Gulf states set up the Military Operation Command (MOC) in Jordan to supply the armed groups. MOC-supplied weapons got through Cheg Cheg before reaching the armed groups. Information disclosed by “weapons monitoring organization” revealed a great deal of the weapons supplied by the US and European countries to opposition factions ended up in the hands of ISIS fighters.

Cheg Cheg was an excellent dealer in business and he never took sides. He considered everyone buying from him as mere customers. All he cared about was money not the destination of the weapons. Bedouin dealers from Lejat received purchase orders from ISIS and acted as intermediaries to supply ISIS with the needed weapons from arms dealers, especially Cheg Cheg. “A representative of ISIS would come with a broker from Lejat to see what weapons they needed, they would make the arrangements, the broker would take a fee and help arrange the shipment. From there, there was a supply line running to Hassakeh and Deir Ezzor. There was a triangle, connecting Jordan, Iraq and Syria, where weapons move easily,” said an eyewitness who was present for an arms deal in Lejat in the summer of 2015.