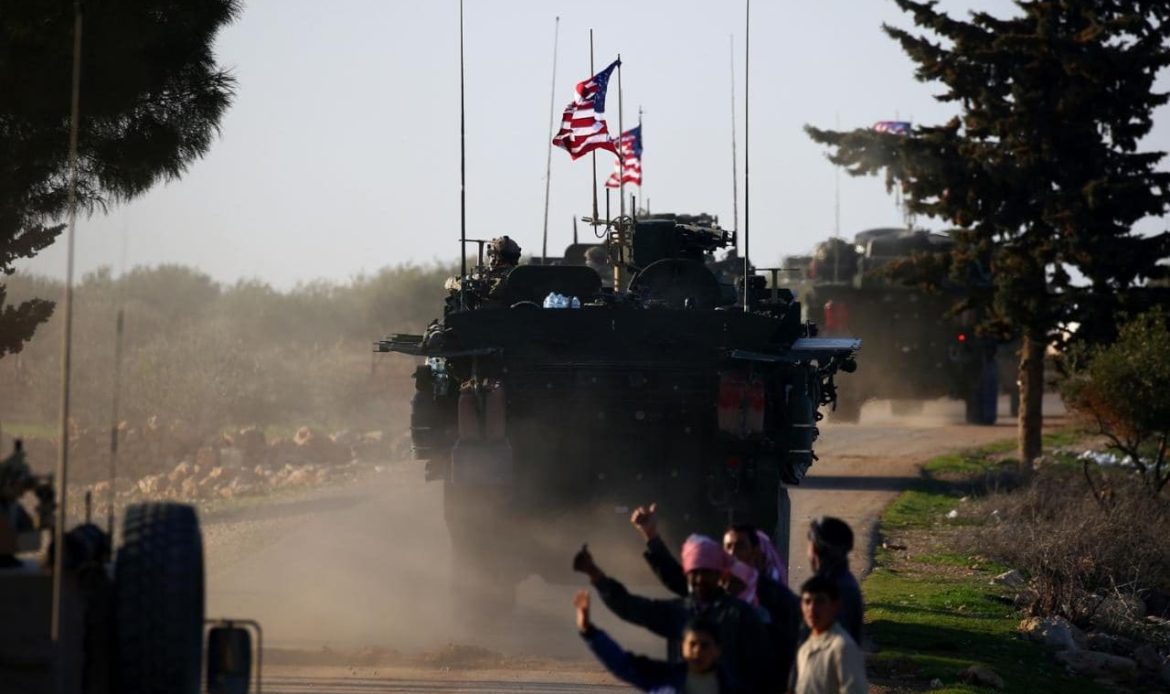 US forces evacuated their positions alongside Syrian Kurdish militia in northern Syria last month, shortly before Turkey started a military operation in the border area, but left several hundred troops behind in the war-torn country, with President Trump recently confirming that the US would be “keeping the oil.”

The Syrian Arab News Agency has published footage it says shows US military vehicles leaving Syrian territory and being transferred into Iraq at the Al Waleed border crossing point.

According to SANA, the convoy included a total of 55 vehicles.

Syrian media reported that a column of US troops had crossed the border with Iraq last week, with a Pentagon official later confirming that the crossing had taken place, but refusing to discuss the details of the forces’ movement “for security reasons.”

The US military pulled out some of its estimated 1,000 remaining troops from northern Syria last month, shortly before Turkey launched an invasion of the border area, ostensibly seeking to clear the Turkish-Syrian border of both Daesh (ISIS)* terrorists and Kurdish militia, whom Ankara also considers ‘terrorists’. This week, a US defence official said that some 900 US troops may remain in Syria, with some of the troops expected to carry out the Trump administration’s policy of keeping Syria’s oil out of the hands of both terrorists and the Syrian government.

Trump’s decision to move US troops out of harm’s way amid the imminent Turkish operation against the Kurdish militias caused a firestorm of criticism from his NATO allies, and to threats of anti-Turkish sanctions by US lawmakers, with the Kurdish militia seen as key allies in the fight against Daesh between 2015 and 2017. The US and Turkey agreed to a 120-hour halt in Ankara’s military operation on October 18, with a separate ceasefire deal solidified by talks between Presidents Putin and Erdogan in Sochi on October 22.

Syrian President Bashar Assad recently commented on President Trump’s oil-thieving policy. While criticising the “criminal” nature of recent US policy against Syria, Assad said that Trump may actually be the “best” US president in recent memory for Damascus, because he is at least “transparent” about his intentions – whether these are to steal Syria’s oil, “get rid of someone,” or “exchange favours for money.”

*A terrorist group outlawed in Russia and many other countries.