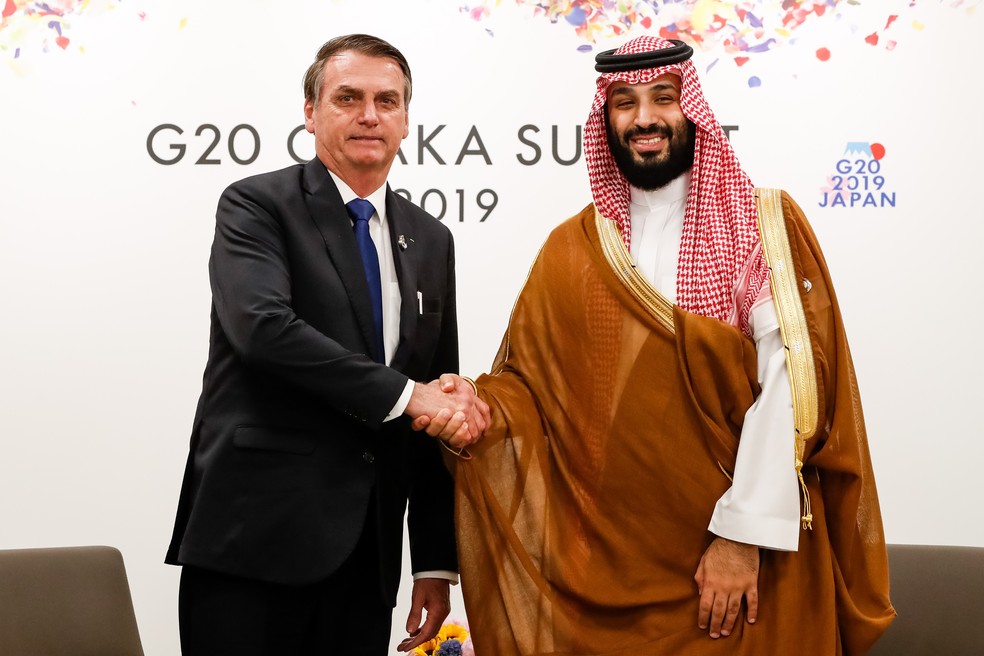 Following an international tour, President Jair Bolsonaro returned from the Middle East with a $10 billion investment pledge from Saudi Arabia. The amount, however, is 10 times lower than promised to India.

Bolsonaro has signed agreements in the areas of visa granting, defense cooperation, cultural cooperation and strengthening bilateral investments with Saudi Arabia. The deals were one of the last chapters of an international agenda that also went through Japan, China, the United Arab Emirates, Qatar and Saudi Arabia.

The Saudi sovereign wealth fund’s $10 billion investment in Brazil has not yet had a schedule or more details disclosed. However, the main focus should be agriculture.

“We have identified with the Brazilian president some areas [which may receive investment]. Number one is agriculture, ” Saudi Minister of Trade and Investment Majid bin Abdullah Al Qasabi said in an interview with UOL.

The amount, however, is less than the $100 billion promised to India, which has already agreed to a $35 billion investment in what promises to be the world’s largest oil refinery. Indian Prime Minister Nerenda Modi was also in Saudi Arabia at the same time as Bolsonaro.

Despite the discrepancy in values, Professor of International Relations Presbyterian University Mackenzie Francisco Cassano believes that “there is no way to make comparisons” as Saudi Arabia is closer to India and the refinery project alone already represents an “investment”. very concentrated.”

“What makes us excited is that, firstly, [Saudi Arabia] is looking to make a reservation for its food base, already a major importer of Brazilian chicken, should invest part of these resources to expand its food base, perhaps new Brazilian products will become part of their food basket,” Cassano said.