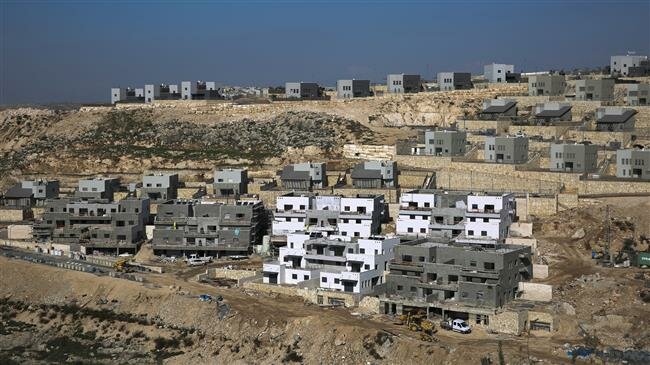 The European Union has called on Israeli authorities to put an end to their illegal settlement expansion activities in the occupies West Bank, as the Tel Aviv regime goes ahead with land expropriation and settlement construction policies in violation of international law and UN Security Council resolutions.

“The EU calls on Israel to end all settlement activity, in line with its obligations as an occupying power,” an EU spokesperson said in a statement released on Monday.

The spokesperson said Israeli authorities had in October approved the advancement of over 2,000 housing units in illegal settlements in the West Bank.

“The European Union’s position on Israeli settlement policy in the occupied Palestinian territory is clear and remains unchanged: all settlement activity is illegal under international law and it erodes the viability of the [so-called] two-state solution and the prospects for a lasting peace, as reaffirmed by UN Security Council Resolution 2334,” the spokesperson said.

The EU will continue to support “a negotiated two-state solution,” the statement noted.

Meanwhile, Israeli authorities decided on Monday to seize 130 dunams (32 acres) of private Palestinian land in the southern part of the West Bank.

Palestinian local sources, requesting not to be named, said the decision was taken by the Israeli army commander in the West Bank, and will target expanses of land in the towns of al-Dhahiriyah and al-Samu’.

The Israeli army cited security reasons to justify its decision to annex the land, and gave land owners only seven days to object to the decision, the sources added.

More than 600,000 Israelis live in over 230 settlements built since the 1967 Israeli occupation of the Palestinian territories of the West Bank and East Jerusalem al-Quds.

The UN Security Council has condemned Israel’s settlement activities in the occupied territories in several resolutions.

Less than a month before US President Donald Trump took office, the United Nations Security Council in December 2016 adopted Resolution 2334, calling on Israel to “immediately and completely cease all settlement activities in the occupied Palestinian territories, including East Jerusalem” al-Quds.

Palestinians want the West Bank as part of a future independent Palestinian state with East Jerusalem al-Quds as its capital.

The last round of Israeli-Palestinian talks collapsed in 2014. Among the major sticking points in those negotiations was Israel’s continued settlement expansion on Palestinian territories.