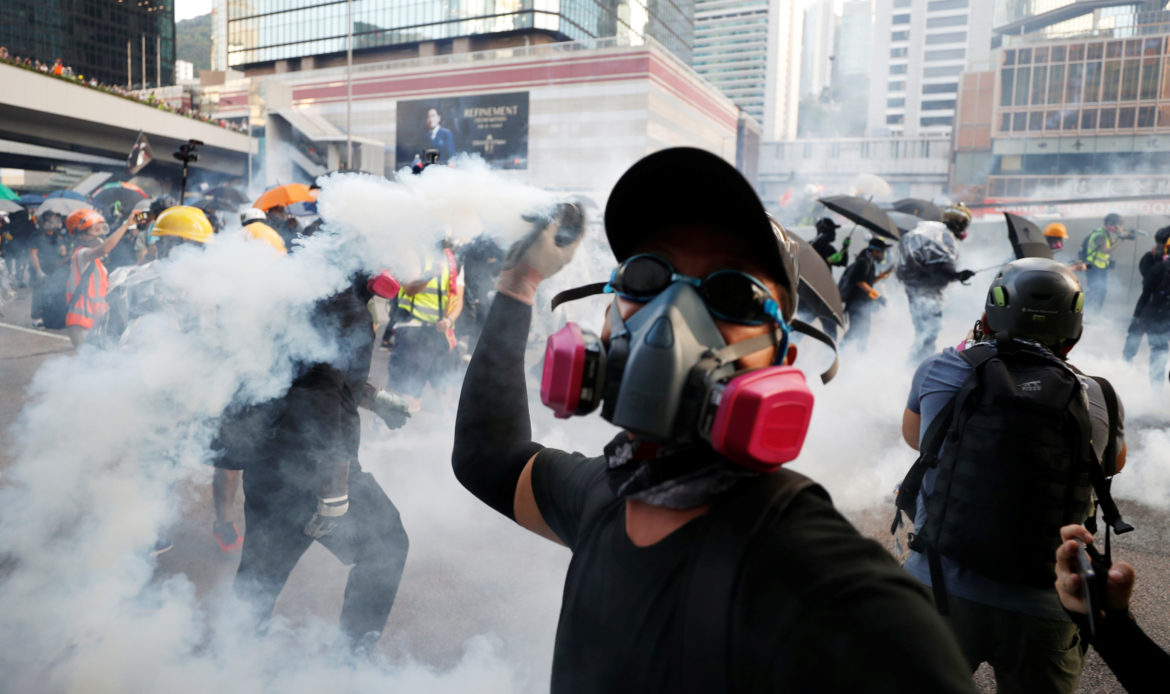 An anti-government protester throws back a tear gas canister at the police during a demonstration near Central Government Complex in Hong Kong, China, September 15, 2019. REUTERS/Jorge Silva - RC14CEE90590

Masked vandals targeted Hong Kong shopping malls and MTR light rail stations at several locations around the city during the 24th consecutive weekend of violent anti-government protests. The Sha Tin station and the nearby New Town Plaza mall were closed due to the unrest.

Hong Kong police used tear gas in a confrontation with protesters in the Tsuen Wan district. In Tuen Mun, protesters erected several roadblocks and set at least one of them on fire. The violence in the Chinese city follows a relatively peaceful Saturday.