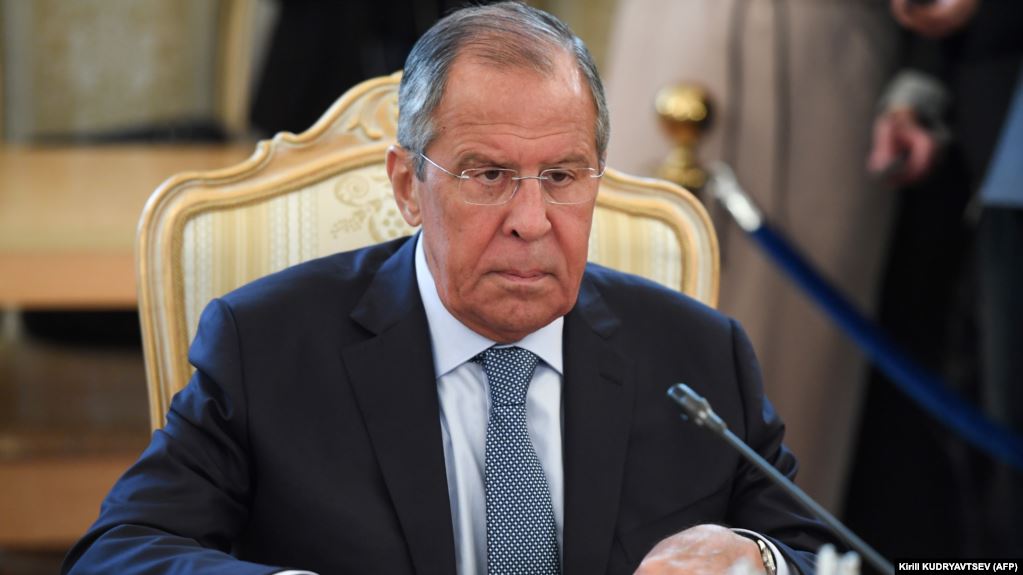 Russian Foreign Minister Sergei Lavrov has reiterated that attempts made by the United States to control Syria’s oil fields are “illegal” and amount to “robbery,” stressing that such attempts only hinder a desperately-needed political settlement there.

The Russian top diplomat made the remarks during a press conference with his Armenian counterpart Zohrab Mnatsakanyan in the capital Yerevan on Monday.

He said Syria’s oil fields and facilities totally belong to the Arab nation.

“Of course, its attempt to put oil fields there under control is illegal. In fact, it’s tantamount to robbery,” Russia’s TASS news agency quoted Lavrov as saying, referring to what Washington “has been doing in northern Syria.”

“It spells nothing good for the Syrian settlement. It merely preserves a major annoyance in that part of the country,” the Russian top diplomat further said in reply to a question regarding the issue, adding that he sometimes had no time to keep track of the zigzags of the US policy.

Moscow emphasizes the need for the Syrian government to extend its control throughout the country, including oil fields, as soon as possible and to completely eliminate terrorism and to reach a solution to the crisis in Syria, Lavrov further said.

On October 26, the Russian Defense Ministry lambasted Washington for its decision to send armored vehicles and combat troops into eastern Syria to “protect” oil fields there.

“What Washington is doing now, the seizure and control of oil fields in eastern Syria under its armed control, is, quite simply, international state banditry,” said Russian Foreign Ministry spokesman Maj. Gen. Igor Konashenkov at the time.

The US claims that the provocative move is aimed at protecting the fields and facilities from possible attacks by the Daesh Takfiri terrorist group.

Russia, however, rejects the claims, saying the US move is motivated by a desire to protect oil smugglers and not by real security concerns.

“The real cause of this illegal action by the United States in Syria lies far from the ideals that Washington has proclaimed and from the slogans of fighting terrorism,” Konashenkov further said, stressing that the oil fields and facilities “exclusively” belong to “the Syrian Arab Republic.”

The development comes as the northeastern parts of Syria have been volatile for the past weeks after the Turkish army launched a cross-border offensive on October 9 to clear a 30-kilometer-long “safe zone” along the Syrian-Turkish border of the Kurdish militants.