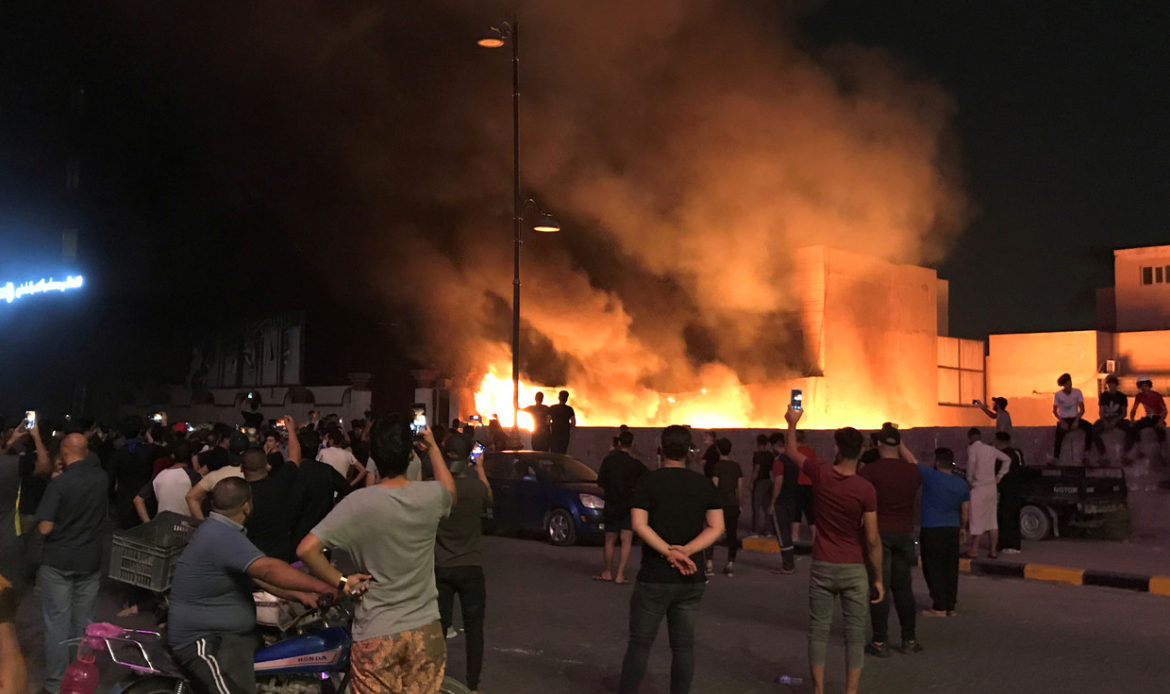 Demonstrators also attempted to shut down the al-Iraqiya office in Dhi Qar province, where protests have continued for more than a week. The security forces formed a cordon to stop the protesters. The people are reportedly angry at the Iraqi state channel’s coverage of the protests in Baghdad and Dhi Qar.

On Monday, Anadolu Agency quoted sources as saying that the protesters had closed the roads leading to the border crossing linking the Maysan province and Iran, and set up roadblocks.

Since protests erupted in Baghdad on October 1 over a lack of jobs and services, and spread across the capital and much of southern Iraq, security forces have used live ammunition, tear gas and stun grenades, killing more than 280 people, according to Reuters.