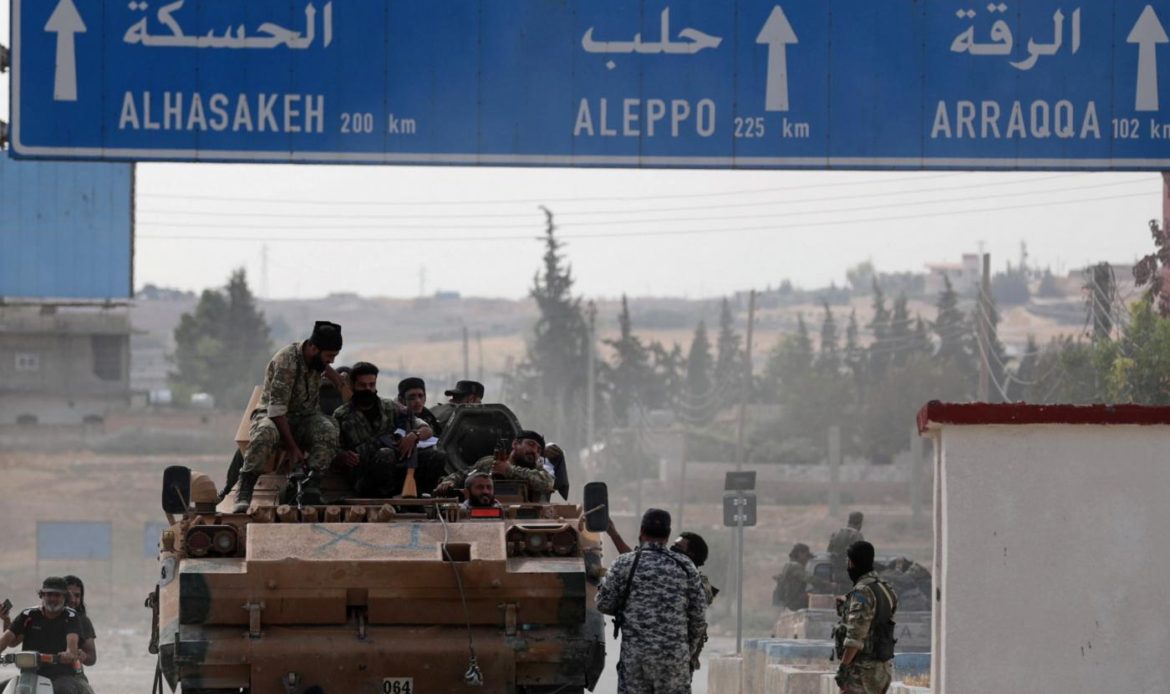 US Is the Source of, Not “Solution” to Syrian War

After the supposed US “withdrawal” from Syria – Western media outlets have causally reported on US troops now preparing to occupy Syria’s oilfields east of the Euphrates River.

Articles include carefully selected “experts” who avoid any mention of how illegal or indefensible the presence of US forces in Syria is to begin with, let alone any mention of “why” US troops are preparing to “claim” Syria’s natural resources.

The Guardian in its piece, “US plans to send tanks to Syria oil fields, reversing Trump troop withdrawal – reports,” illustrates a voluntary dereliction of due diligence in investigating or questioning Western actions in Syria.

One is left to assume what the US would claim as its excuse for remaining in Syria – likely based on a narrative of denying terrorist organizations such as Al Qaeda or the so-called “Islamic State” (ISIS) and their affiliates access to resources to “fund” their return to the region.

The most obvious and sustainable solution would be to transfer control of Syria’s oilfields to Syria itself. Syria has overcome terrorist organizations in all areas Damascus has now restored order to, and with the restoration of its oilfields and related industries, would be in an even better position to both rebuild the nation and defend against the very elements who destroyed it in the first place.

But this assumes that the US is interested in preventing the resurgence of terrorist organizations in the region – ignoring the fact that the US deliberately created them in the first place and deliberately used them to both trigger, then fuel the Syrian war from its very beginning in 2011.

The US is the Source of Syria’s War

As early as 2007, real journalists warned of US plans to bolster opposition groups linked to terrorist organizations like Al Qaeda in a bid to undermine Iran and its ally Syria.

Pulitzer Prize-winning journalist Seymour Hersh in his 2007 New Yorker article, “The Redirection: Is the Administration’s new policy benefitting our enemies in the war on terrorism?,” would provide an ominous, but crystal-clear warning of what awaited both Syria and the wider region.

The U.S. has also taken part in clandestine operations aimed at Iran and its ally Syria. A by-product of these activities has been the bolstering of Sunni extremist groups that espouse a militant vision of Islam and are hostile to America and sympathetic to Al Qaeda.

The article would mention the Muslim Brotherhood by name and described specific US support under what was then the Bush administration already being funnelled to the group in Syria.

The Brotherhood is an extremist front with direct ties to Al Qaeda and who were at the epicenter of the supposed “Arab Spring” in 2011. From 2011 onward – then under the Obama administration – US support continued in the form of both financial and military aid.

Articles like the New York Time’s, “Arms Airlift to Syria Rebels Expands, With Aid From C.I.A.,” would admit to billions of dollars worth of arms from the US flowing into Syria to fuel the destructive war.

Despite Western media claims that the Syrian conflict was being fought between the government and “moderate rebels,” the US State Department itself admitted that within the first year of fighting, Al Qaeda had already established a dominate position on the battlefield.

In an official statement on the State Department’s own website designating Al Qaeda affiliate – al-Nusra – a foreign terrorist organization, it was admitted:

The US – as it has done in virtually all other wars of aggression abroad – simply lied about the nature of those it was arming – having from the beginning and just as journalists like Seymour Hersh warned – deliberately armed and aided extremists to wage a proxy war of regime change against Syria.

Nothing the US has done in regards to Syria has amounted to genuine efforts to end the conflict. Throughout the conflict the US continued to adjust its war propaganda to justify first its invasion and occupation of eastern Syria to “fight ISIS” – then to incrementally move toward justifying a direct US military intervention against the Syrian government itself with troops “serendipitously” already staged inside Syrian territory.

From 2015 onward in the wake of Russia’s intervention – direct US military intervention was taken off the table and the US occupation confined to eastern Syria where its unsustainable narrative regarding a Syrian “Kurdistan” withered.

Today – we find a US still attempting to justify its illegal and indefensible occupation of Syrian territory. Syria and its allies have attempted to provide Washington with a host of face-saving opportunities to withdraw and allow the conflict to finally end – returning peace and stability to the nation of Syria and its people.

The US continues to pose as part of a “solution” to the very Syrian crisis journalists like Seymour Hersh as early as 2007 revealed the US had deliberately engineered.

Squatting on Syrian oilfields is yet another intentional tactic being used to draw the Syrian war out even longer – impeding the Syrian state’s access to its own resources needed to fuel the country and fund reconstruction.

Far from firefighters, the US is an unrepentant arsonist blocking firefighters from doing their job. US foreign policy has become so overtly malign that the Western media is unable to even address basic questions such as “why” the US is remaining in Syria – and doing so amid Syria’s oilfields.

Just as has been the case throughout the Syrian war, US machinations will be defeated by Syria and its allies patiently creating conditions on the ground in which current US policies are no longer tenable forcing Washington to fall back further still.

In the meantime, continued efforts to expose the truth of this war’s genesis and to prevent those who were responsible for it from attempting to prolong it further by posing as “peacemakers” and “protectors” is essential. If the US wants to pose as “peacemakers” and “protectors,” Syria and its allies may allow them to do so only to save face amid their total and otherwise unconditional departure from Syria.