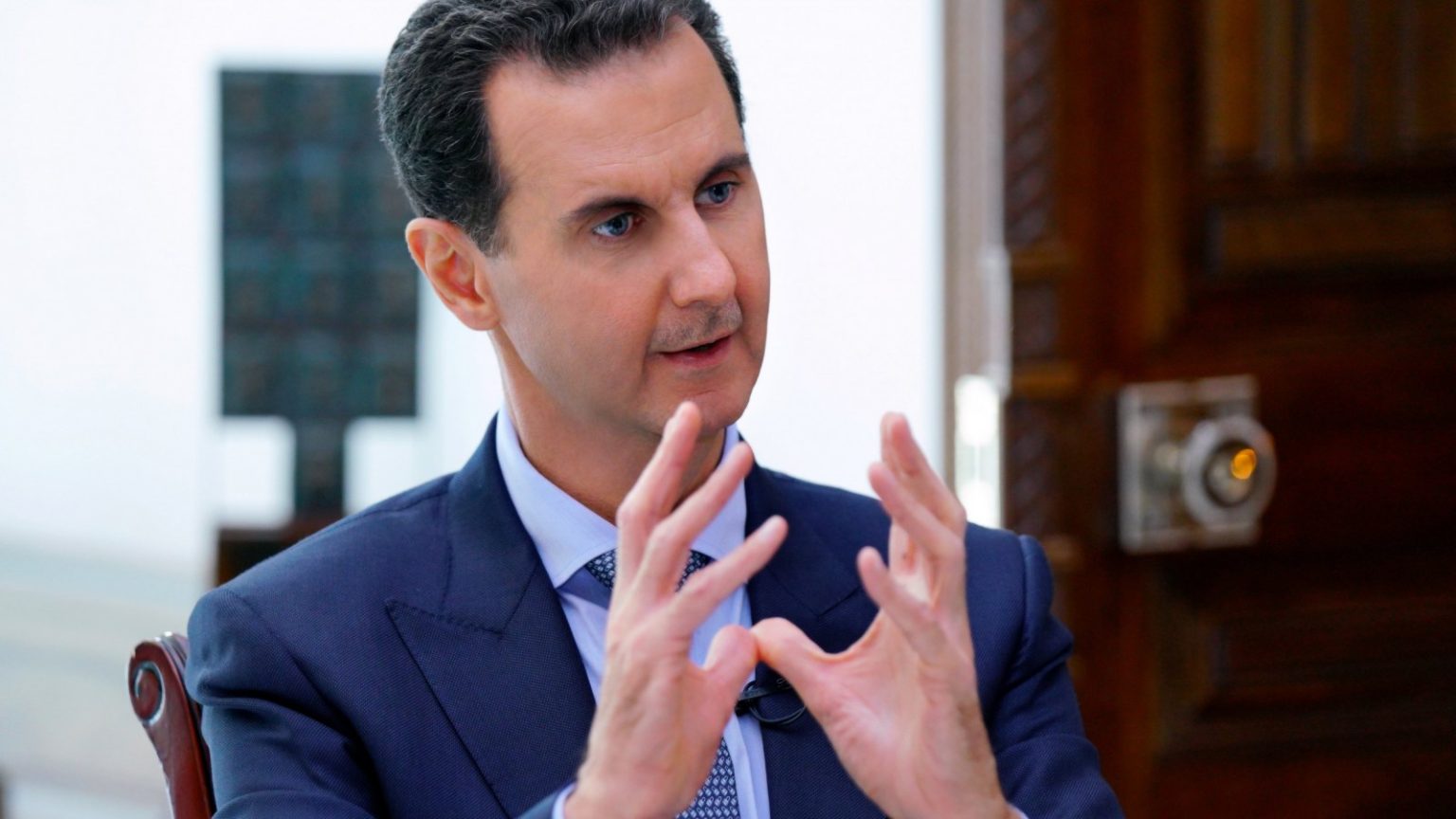 President Assad: War in Syria to End Once Terrorism Defeated, Not After Constitution Adopted

On 9 October, Turkey launched a military op in Syria to clear the border area of Daesh militants and Kurdish militia, which Ankara views as terrorists. After a series of ceasefire deals with the United States and Russia, the operation’s active phase ended. Damascus has condemned Turkey’s offensive as a violation of Syria’s sovereignty.

The war in Syria will end after the victory over terrorism rather than after the adoption of a new constitution for the country.

“Some are led to believe the settlement of the conflict depends on the work of the constitutional committee. The war in Syria did not start because of disagreements around the Constitution, the war in Syria began because terrorists killed military, police and civilians, as well as because they destroyed infrastructure. By virtue of this, the war will end when terrorism is defeated”, Assad said.

Assad also said the Syrian government and the people of the Syrian Arab Republic will in no way agree to a partition of the country.

The establishment of the constitutional committee, whose goal will be to secure a peaceful political settlement of the years-long conflict in the Middle Eastern country, was announced by UN Secretary-General Antonio Guterres on 23 September.

President Assad said that Damascus has kept in touch with Kurds throughout the conflict in Syria despite knowing of their close ties to Washington.

“I would like to make it clear that this region in the north and northeast of Syria is an Arab-majority region; over 70 percent of its population are Arabs, not the other way around. The groups fighting there are a mixture of Kurds and others; the Americans support the Kurdish groups and installed them in a leadership role in order to give the impression that it is a Kurdish region and to create a conflict between the Kurds and the other groups in Syria. We remained in contact throughout the war with these groups, despite our knowledge that some were being used and directed by the Americans; they were armed and funded by the Americans and their public statements were dictated by them”, Assad said.

The president added that the predominantly-Kurdish groups in northern Syria have officially told Damascus they are not ready to join the government’s army, but would like to keep their weapons.

“We are trying to convince these fighters within the framework of Syrian-Russian cooperation to join the Syrian Arab Army and fight against the Turkish invaders, which is the correct and proper way to restore the lands whose loss they have caused in northern Syria. We have to keep trying and we’ll see how things progress in the next few weeks”, Assad said.

The Syrian Ministry of Defence said shortly after Russia and Turkey signed an agreement on northern Syria that it was ready to integrate these fighters. The agreement was signed in late October in response to Turkey’s operation in northern Syria targeting the Kurdish militia, which it believes to be linked to extremist groups, and Daesh.

According to Assad, Turkey is unlikely to repatriate three million Syrian refugees to northern Syria, but even if it does, this could create an “ethnic conflict”.

“Nobody believes that Turkey will repatriate three million Syrian refugees to this area; this is a deceptive humanitarian slogan. Even if they wanted to, this is not possible because it would create a conflict between the owners of the land, the cities, the villages, the homes, the farms, and the fields on the one hand, and these newcomers, on the other; those who own these places will never renounce their rights in these areas, so this would create an ethnic conflict”, Assad said.

Russia has played a “positive role” in helping resolve the conflict in northern Syria and ensuring that US-designed plans would not be used in the region, Syrian President Bashar Assad said.

“Our assessment is positive because there is no doubt that Russia’s involvement has positive aspects, because otherwise we would have been faced with three options”, Assad said, when asked what he thought of the Russian-Turkish agreement.

The Syrian president added that Damascus is working with Russia to ensure that the Kurdish forces pull back from the Turkish border and expects Ankara to move its troops as well.

“As for implementation, they [the Kurds] announced that they would implement it and this has happened in some areas, but it hasn’t been implemented fully and this is to be expected. These types of measures do not happen overnight or quickly; there isn’t necessarily a central control over all the groups fighting in a particular area. Militias often fight and take their decisions in a chaotic manner and that’s why things are implemented in a particular place and not in another”, Assad said. “We are cooperating with Russia in order to fully implement this agreement, after which we should tell the Turks to start withdrawing”, the Syrian president went on to say.

The Syrian president also revealed that he had information that the United States had used the Daesh terrorist group as a “military tool” against Damascus.

“We are convinced, and we have information, that America has used Daesh as a military tool to strike at the Syrian Army and to distract the military forces fighting terrorism, at the forefront of which is Syria”, Assad said.

Damascus will also lodge a complaint with the United Nations on Washington’s plans to control Syrian oil but does not believe that it will bring about any results, Assad revealed.

The White House announced in early October that US troops would withdraw from northern Syria, where they were supporting the mainly-Kurdish fighters. This decision paved the way for Turkey’s operation targeting the Kurdish militia, which it believes to be linked to extremist groups, and Daesh. The United States has since stressed it wants to retain control of the oil fields in northern Syria, with US President Donald Trump reiterating this as recently as Wednesday. He stressed that Washington would be bringing many of its troops home from Syria but “we are keeping the oil”.