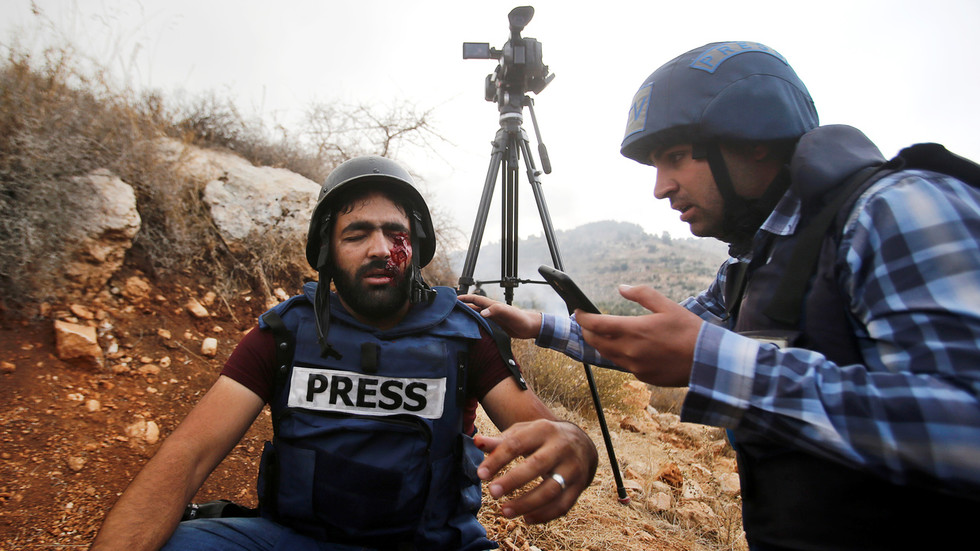 A Palestinian journalist lost his eye after being hit by an Israeli rubber-coated bullet. Moath Amarneh was mutilated despite wearing a ‘Press’ vest while covering a protest in the West Bank’s Hebron governorate.

The incident happened on Friday near the town of Surif in Hebron, where dozens of Palestinians were protesting against the latest confiscation of land for the construction of Israeli settlements in the occupied territory.

Amarneh, who was covering the protest, was rushed to a hospital in Hebron after sustaining the injury. But doctors could not save his left eye.

Speculation immediately erupted over whether the working member of the press corps was injured by accident or was deliberately targeted by the soldiers. The incident has been condemned by the International Federation of Journalists (IFJ), a global advocacy group aiming to safeguard media freedom.

“Once again, the IFJ deplores the attacks on Palestinian journalists by the Israeli military. The IFJ recalls that international law applies everywhere and that no government is above it,” the organization’s head Anthony Bellanger said in a statement.

“It is now time for the United Nations General Assembly to adopt the Convention for the Protection and Safety of Journalists, so that the impunity enjoyed by predators of press freedom and democracy can end in Israel, as elsewhere,” he added.