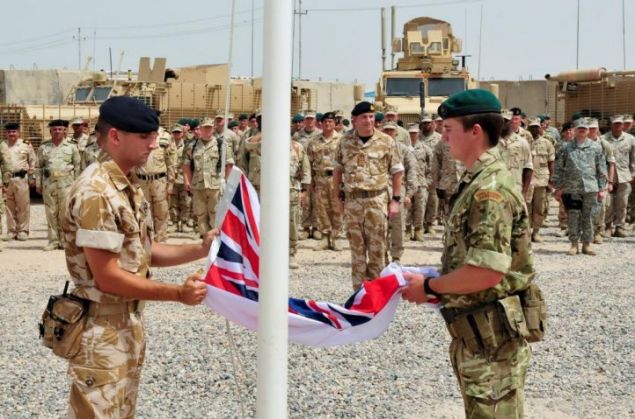 UK Government Accused of Covering Up War Crimes in Iraq

The UK is very keen at reminding certain countries – Syria, Russia, China – of their human rights abuses and yet, when it comes to looking closer to home, this current government quite frankly prefers not to, and in some cases deliberately try to obfuscate the truth.

Leaked documents have revealed that not only was the UK army involved in war crimes in Iraq and Afghanistan in the 2000s, but Conservative ministers succeeded in covering it up. Military detectives unveiled alleged ‘daily’ abuse dating back as far as 2003 by the Black Watch regiment in Basra as well as more recent crimes such as a 2012 raid on a compound in Helmund Province where three ‘unarmed’ children and a young man were shot dead.

According to the BBC’s Panorama programme and The Sunday Times, the documents suggest that senior military officers covered up the incidents, with the implicated individuals only being questioned briefly on the matters by the Royal Military Police (RMP). It is reported that the Ministry of Defence itself put pressure on the organisations involved in the investigations – the Iraq Historic Allegations Team (IHAT) and Operation Afghanistan (for Afghanistan) to bring enquiries to a halt.

The government dismissed on Sunday any allegations of a cover-up, with Foreign Secretary Dominic Raab naturally defending the military’s handling of the cases, stressing that the prosecuting authorities for the British military are ‘some of the most rigorous in the world’. But it cannot be denied that this could be potentially harmful to the government at a time when it and its leader, Boris Johnson are accused of being ‘dishonest’.

The International Criminal Court (ICC) has said that it would be independently investigating the reported allegations and was taking them ‘very seriously’. The BBC said on Monday morning it would be a ‘landmark case’ if indeed the government was to be prosecuted for protecting soldiers from being charged with war crimes.

In a further twist, former employees of the now defunct IHAT have said that the reason given for shutting down the organisation was in fact an excuse for ending further investigation. It was closed in 2017 by the government after it was found that Phil Shiner, a solicitor who had taken more than 1000 cases to IHAT, was in fact paying fixers in Iraq to source him clients.

It is important that the ICC does indeed do its own digging as to what was going on with IHAT and the allegations of war crimes by UK soldiers. Otherwise, we may never know what happened. With Brexit, an increasingly right-wing government in power and the mantra being one of ‘Rule Britannia’, the rhetoric has changed in recent years to one of little sympathy for the victims of war crimes and more disgust and dismay that British soldiers should be investigated at all.

Indeed it is somewhat disturbing that for some commentators, the fact whether unnecessary killings have been committed by British soldiers abroad have been carried out, seems almost obsolete. Writing in The Telegraph on Monday, Richard Dannatt says “My heart sank when I read the front page story yesterday about alleged British Army war crimes in Iraq and Afghanistan. “Here we go again”, I thought.” Being ex-army, one could argue that of course he will support the military in this argument. But the fact that his views are carried in Britain’s leading right-wing broadsheet, does make one wonder the extent to which this opinion is shared by the current Conservative government, hence the fact that proper investigations have never taken place.

The leaking of these documents does not come at a good time for Boris Johnson, as he battles to retain his position as PM in the run-up to the December election.  And yet for many ‘Leave’ voters, who support his bid to ‘get Brexit done’ it may be nothing more than an irrelevant distraction.  British, or rather English nationalism is on the rise, and Brexit has exacerbated levels of xenophobia and racism not seen for decades in Britain. The questions this issue raises about the government’s lack of integrity, and even of its inherent racism and islamophobia – of which the Conservative party has been directly accused – may not dissuade those who are mainly concerned about Britain leaving the EU.

It is a dangerous state of affairs if we have a government implicit in deceit, led by a lying, cheating Prime Minister, which is not being held to account; a government aiding and abetting cover-ups at home but one which is all too eager to highlight perceived injustices in other countries. And one can be sure that a government which unscrupulous in some areas will be just as underhand in others. It’s a high price to pay for Brexit.