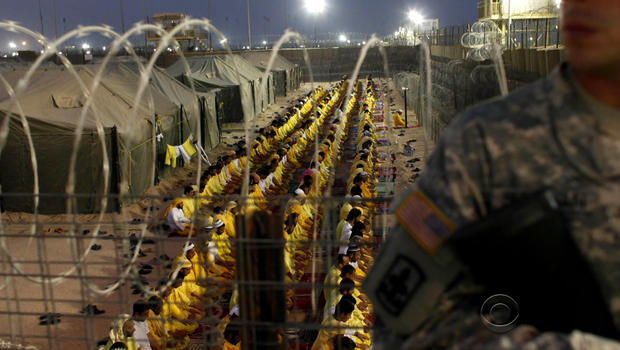 The Middle East Eye (MEE) has reported on November 21, that the US and British military ran at least two secret prisons in Iraq during the months following the 2003 invasion, effectively concealing prisoners from Red Cross inspectors.

MEE claims that the British army’s most senior legal advisor in the country, at the time, has filed a criminal complaint to the police about the existence of the so-called black sites.

The legal advisor has alleged that the prisoners may not have been declared to the Red Cross and may have subsequently been rendered out of the country.

This allegation comes on the heels of the BBC’s Panorama programme, which in a joint investigation with the Sunday Times newspaper, interviewed witnesses who said they saw soldiers of the Black Watch regiment in Iraq and Afghanistan kill and torture unarmed civilians, including children.

One of the two secret prisons was inside a joint US-UK forward operating base, known as H1, located at an airfield and oil pipeline pumping station in Iraq’s Western Desert.

The second, outside the town of al-Qaim near the Syrian border, was known to coalition forces as Station 22.

In April 2004, the New Yorker magazine revealed the “systematic and illegal abuse of detainees,” including torture and degrading treatment, by US interrogators and guards at Abu Ghraib prison, outside Baghdad.

Subsequent to that, many reports have established both UK and US mistreatment of Iraqi prisoners, and published hundreds of gruesome photographs taken by prison guards.

These reports have exposed the widespread abuse and torture of detainees and a number of deaths under detention and interrogation, as well as the concealment of prisoners from International Committee of the Red Cross inspectors.

The newly discovered camps, such as Camps Bucca – perhaps the world’s largest extrajudicial internment camp – were located in the desert surrounded by fences and guard towers.

Prisoners lived in large communal tents in very bad conditions. Temperatures in these desert conditions can be scorching hot in the day and cold at night and the area is subject to sandstorms.

There were regular reports of abusive treatment of detainees by guards. Most of them had been detained without warrant, held without charge, and had no opportunity to defend themselves in a trial.

The latest allegations about possible British war crimes in Iraq comes in the wake of repeated allegations of abuses committed by UK forces in Northern Ireland and other combat theatres.