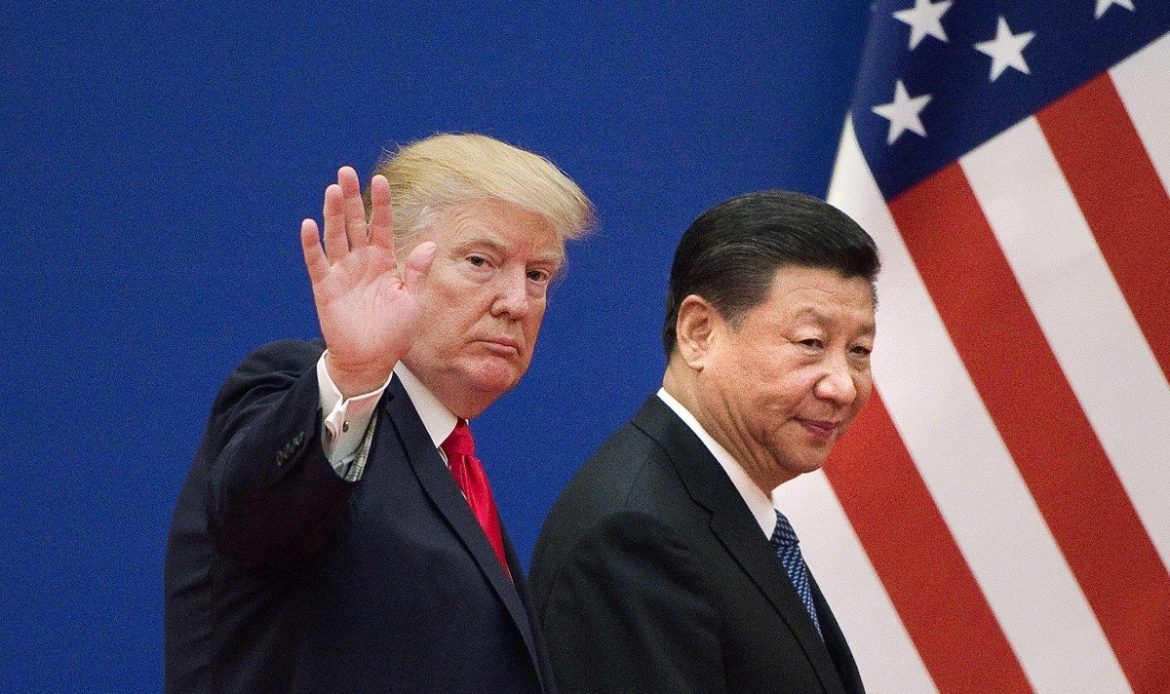 US-China trade deal must meet Trump’s demands, or else

US President Donald J. Trump has campaigned on a ‘tough on China’ policy to US voters, and with a new election in less than a year, his decisions on what deal he will make now with China are influenced by what affect it may have on his re-election chances.  He had initially wanted a comprehensive trade deal with China, but after his 17-month trade war, he is now focused only on a smaller ‘phase one deal’.  Trump threatened for the second time in a week to “raise the tariffs even higher” on Chinese imports if a trade deal cannot be reached. Some US officials seem optimistic the deal can be made soon, but the Chinese remain silent.

“China is going to have to make a deal that I like. If they don’t, that’s it,” Trump told reporters on Tuesday. “If we don’t make a deal with China, I’ll just raise the tariffs even higher.”

Trump’s hurry to make a ‘phase one deal’ shows his policy has failed, as the trade war has failed to fundamentally change China through structural change to its economy, including eliminating state subsidies and ending forced technology transfer and intellectual property theft.

Trump had initially in 2016 given the impression that Chinese President Xi Jinping was a great friend, and a great leader.  The Chinese culture respects and values successful businessmen, and Trump’s overtures were warmly accepted.  However, the relationship suddenly reversed, and the Trump initiated trade war caused China’s GDP growth earlier this year to slow to its lowest level since the ’90s.

The World Trade Organization warned Monday, that global shipments of goods between countries remained at a sluggish pace in recent months as tariffs increased costs and cast doubts on businesses. In the third quarter, US business investment and exports continued to decline due to the trade war, and the International Monetary Fund warned last month that trade tensions could slow global economic growth to its weakest pace since the financial crisis a decade ago.

“Russia is the country that I have visited the most times, and President Putin is my best friend and colleague.”, said Xi. The current close bond between China and Russia reflects their common reaction to the Trump administration which has presented an openly hostile attitude emanating from the isolationist doctrine of “Make American Great Again” which translates into “America Only” on the global stage. Moscow and Beijing are involved to promote usage of the ruble and yuan instead of the US dollar. Chinese Foreign Minister Wang Yi said, “Unilateralism runs rampant, conflicting the current international system and basic norms of international relations.”

Vostok 2018 was the largest Russian military exercise last year, and the Chinese participated with soldiers, officers and equipment moving in unison.  Beijing has its ambitious multination Belt and Road Initiative and Moscow is leading the Eurasian Economic Union, with both nations working together in coordination on these strategic economic schemes.  Russia is the biggest crude oil supplier to China, which further cements the economic ties between them.

“No force can stop the Chinese people and the Chinese nation from forging ahead,” Xi said while reviewing his troops.  Many analysts took that statement as a message to the US, as the Chinese have warned of foreign instigation behind the ongoing Hong Kong protests which have turned violent and destructive.

Egyptian President Abdel el-Sisi was threatened by Secretary of State Mike Pompeo and Defense Secretary Mark Esper in a letter he received concerning the impending delivery of dozens of Russian Su-35 warplanes.  Egypt receives $1.3 billion in security assistance from Washington each year, but the Russian purchase has put them at risk of US sanctions, which can include cutting off access to loans from financial institutions and denying US visas to foreign government officials, and the loss of future US arms purchases.  Egypt had been refused by the US to purchase F-35 aircraft, as the US has protected ‘Israel’ as the sole state in the region to have the F-35, and this prompted Egypt to buy from Russia.

Turkish President Recep Tayyip Erdogan wanted to buy the F-35 aircraft, but the US has blocked the purchase because Erdogan insisted on buying the Russian S-400 missile defense system.  Turkey does not trust the US or NATO and for that reason decided the Russian system would be better.  Erdogan is convinced that the US was behind the military coup which led to chaos, deaths, and destruction in Turkey.  Erdogan has warned that Turkey will seek fighter jets elsewhere if Washington continues its block on purchases of the F-35.

Prime Minister Benjamin Netanyahu has the policy to encourage foreign investments in ‘Israel’ and ensure continued economic prosperity but came under US pressure over business deals with China, which include telecommunications, energy and transportation projects. China won government approval to build a private seaport near Haifa, and Chinese investment in the ‘Israeli’ tech sector reached more than $325 million in 2018.  Huwaei Technologies Cos Ltd and ZTE Corp, two of China’s biggest network equipment makers, have been labeled by the US as spying threats.  In January, Secretary of State Pompeo threatened that unless ‘Israel’ reduces cooperation with China, the US might reduce intelligence sharing and co-location of security facilities, which put Netanyahu is a position to choose between new friends, and old.

Trump is a businessman, and the key officials who work for him are his marketing team. Trump’s roller-coaster presidency has reduced America to a marketing strategy, but often devoid of diplomacy.  The Trump marketing plan is based on a rigid expectation of complete loyalty of the voter base, foreign partners and economies, and with little compromise in negotiations.  The American slogan of ‘It’s my way, or the highway’ best sums up the view from the oval office.