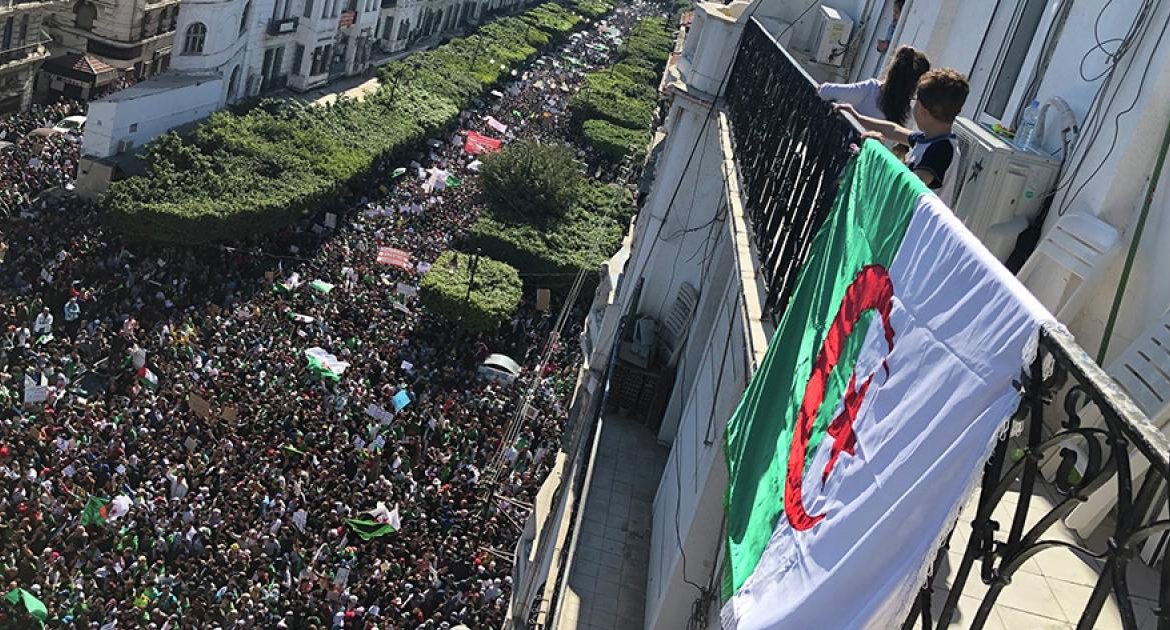 Algerians marched through Algiers on Friday to protest against an election scheduled for December, rejecting a vote they say is still fraught with former regime officials.

Many marched through the streets waving flags, carrying banners, and chanting against the ruling elite, the military and the recent wave of arrests on demonstrators.

Algerians are expected to vote in less than a month, with five candidates in the race, but protesters say there “will not be a vote,” not with many demonstrators still in jail for expressing their opinion.

The mass protests that erupted in February, and unseated veteran president Abdelaziz Bouteflika in April, have mostly taken place on Fridays and Tuesdays.

The protesters seek to replace the old guard of rulers who have wielded power since independence from France in 1962. They also demand an end to corruption and the withdrawal of the military from politics.