Home Security One child killed, 17 wounded in mine blast in eastern Syria 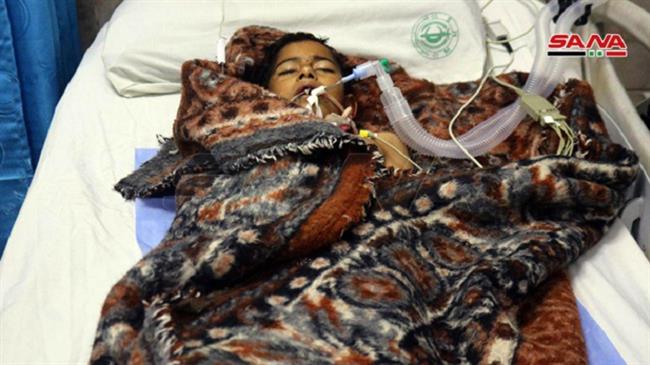 A child was killed and 17 other children were wounded when a landmine, left by the Takfiri Daesh terrorist group, was detonated in a village in Syria’s eastern province of Dayr al-Zawr, state media say.

Syria’s official news agency SANA said that the planted explosive device exploded as children were playing in a schoolyard at al-Taybeh Village on Sunday, adding that the victims were taken to a number of hospitals in the eponymous provincial capital.

Dr. Issam al-Arfi, the assistant director of al-Assad Hospital, told SANA that a girl lost her life on the spot and other victims received wounds of varying degrees. He added that at least two of the wounded were in critical condition.
Daesh has been militarily defeated in Iraq and Syria and has lost all of its urban bastions in both Arab countries, but its remnants carry out sporadic attacks on government forces and civilians alike.

The group’s leader, Abu Bakr al-Baghdadi, was allegedly killed in northern Syria last month when he detonated his explosive vest after being cornered in a tunnel by approaching American Special Forces.

Foreign-backed militancy, including by Daesh, began in Syria in March 2011. The Syrian government, backed by Russian airstrikes, has managed to liberate almost all of the militant-held areas across the Arab country from the grips of terror outfits.