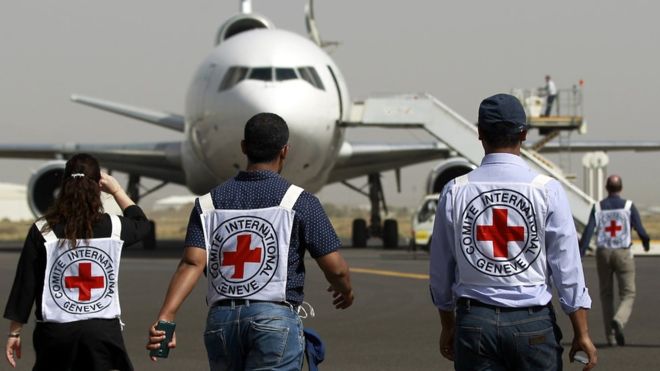 The International Committee of the Red Cross (ICRC) has warned of an epidemic of dengue fever in Yemen as the impoverished country is already grappling with cholera due to a years-long Saudi aggression.

“We have been recently extremely worried and concerned by reports of dengue outbreak, in addition to cholera,” Robert Mardini, head of the ICRC’s delegation at the United nations (UN), told a gathering of journalists on Monday.

Mardini said more than 3,500 people have come down with dengue fever and 50 are reported to have died in the Yemeni port city of Hudaydah from late October to early November.

“It is a big challenge to be able to control this epidemic,” the official said.

Mardini added that over 2,000 people are infected with dengue and close to 3,000 suffer from malaria in that coastal province with the same name.

Dengue fever is transmitted mainly by mosquitoes that breed in stagnant water.

Yemen, the poorest country on the Arabian Peninsula, has been battered by what the UN describes as the world’s worst humanitarian crisis, which has resulted from a devastating campaign launched by Saudi Arabia and a number of its regional allies in March 2015.

Meanwhile, air strikes by the Saudi-led coalition killed one person near Yemen’s Ras Isa ports in Hudaydah province on Monday.

The strikes were reportedly carried out near oil terminals despite a UN-brokered ceasefire that took effect nearly a year ago in the western Yemeni coastal region.

In a separate development, the spokesman for Yemeni Armed Forces, Brigadier General Yahya Saree, said late on Monday that the country’s forces had launched a military operation against Saudi troops and their allies in Makha port in Yemen’s southern province of Ta’izz.

The Yemeni general added that some 350 Saudi forces and their mercenaries were either killed or wounded in the operation and a large number of Saudi armored vehicles and weapons were also confiscated.

“The operations of our forces came in response to the violations of aggression in the west coast,” the armed forces spokesman said, noting that the number of ceasefire breaches had reached more than 30,000 cases.

“We will not stand idly by and we will respond strongly to the aggression, violations and violations of the enemy,” al-Masirah news website quoted Saree as saying.

The operation was the latest in what the Yemenis call retaliatory attacks against Saudi Arabia over its years-long war on their country.