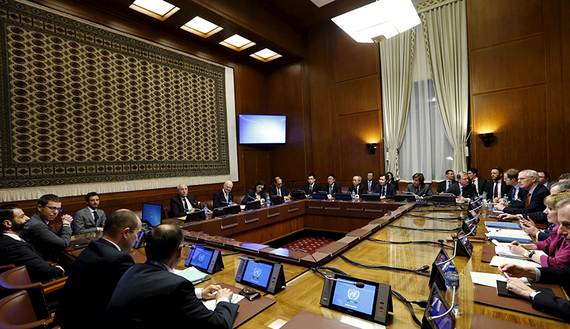 The Small Group of the Syrian Constitutional Committee will gather for the second round of discussions in Geneva on Monday following a two-week break.

The group will work on initiatives concerning Syria’s constitution, which will be submitted to the committee for approval.

The United Nations Office in Geneva said the meeting of the 45 members of the Small Group will be held at the Palace of Nations.

The 150-member Syrian Constitutional Committee includes representatives of the Syrian government and the opposition, as well as civil society members. Each of the three groups holds one-third of seats in the committee. The committee’s smaller body of 45 experts held its first session on November 4-8, TASS said.