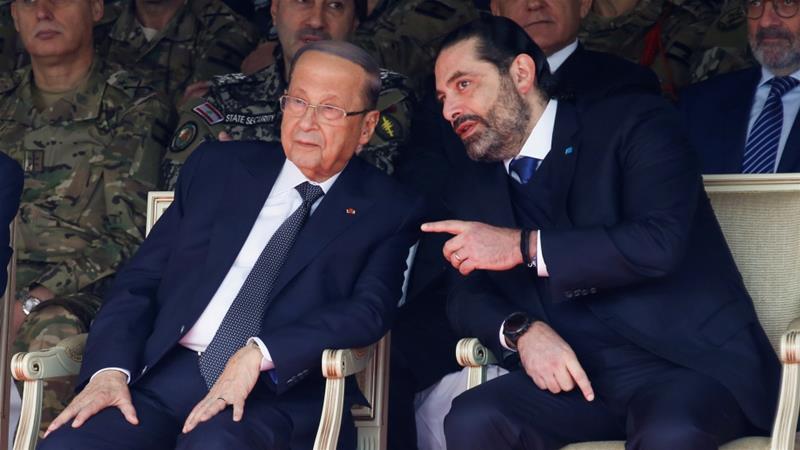 Hariri says will not be next PM

Lebanon’s caretaker Prime Minister Sa’ad Hariri, who has stepped down in the face of sweeping protests, says he will not be heading the country’s next government.

Hariri resigned on October 29 following the launch of the protests, which have accused the government of economic maladministration and corruption. He and his cabinet now will remain in office on a provisional basis until the country gets a new administration.

Speaking on Tuesday, Hariri claimed that his choice for not running the next government was meant to pave the way for the appointment of new officials, AFP reported.

“I strongly adhere to the rule of ‘not me, but someone else’ to form a government to fulfill the ambitions of the youth,” he said.

Hariri also accused the country’s political leadership of “irresponsible practices,” and brushed off President Michel Aoun’s claim against him of being “indecisive.”

Now Aoun has to announce “binding parliamentary consultations,” a process that designates the next premier. The president has said he would support the formation of a government that includes technocrats and political leaders among other personalities.

Last Friday, Lebanon’s resistance movement of Hezbollah, which has representatives in the country’s political structure, called the United States the most prominent obstacle lying in the way of formation of a new government.

US officials had been in direct contact with Lebanese politicians and officials, the official noted, saying, “Let them leave us alone so we can reach an understanding among ourselves. The more they intervene the more they delay the solution.” While expressing hope that he did not “see signs of a civil war in Lebanon,” Qassem, meanwhile, cautioned, “We have information of American attempts to create some security problems.”

Most recently, Qassem said the resistance dismisses any preconditions promoted by Washington to formation of a new administration.

Hezbollah has defended the country against two wars waged by Israel, the US’s closest regional ally, in the 2000s. The heroic defense as well as the group’s stiff opposition to foreign intervention in Lebanon’s internal affairs has turned it into a major stakeholder in the country’s political and military spheres.

Suppliers and importers say they have been forced to buy dollars on the unofficial market because banks are failing to provide the cash needed.

Also on Tuesday, Lebanon’s acting health minister urged the central bank to release dollars for the import of medical equipment. “The sector is under serious threat,” Jamal Jabak said.