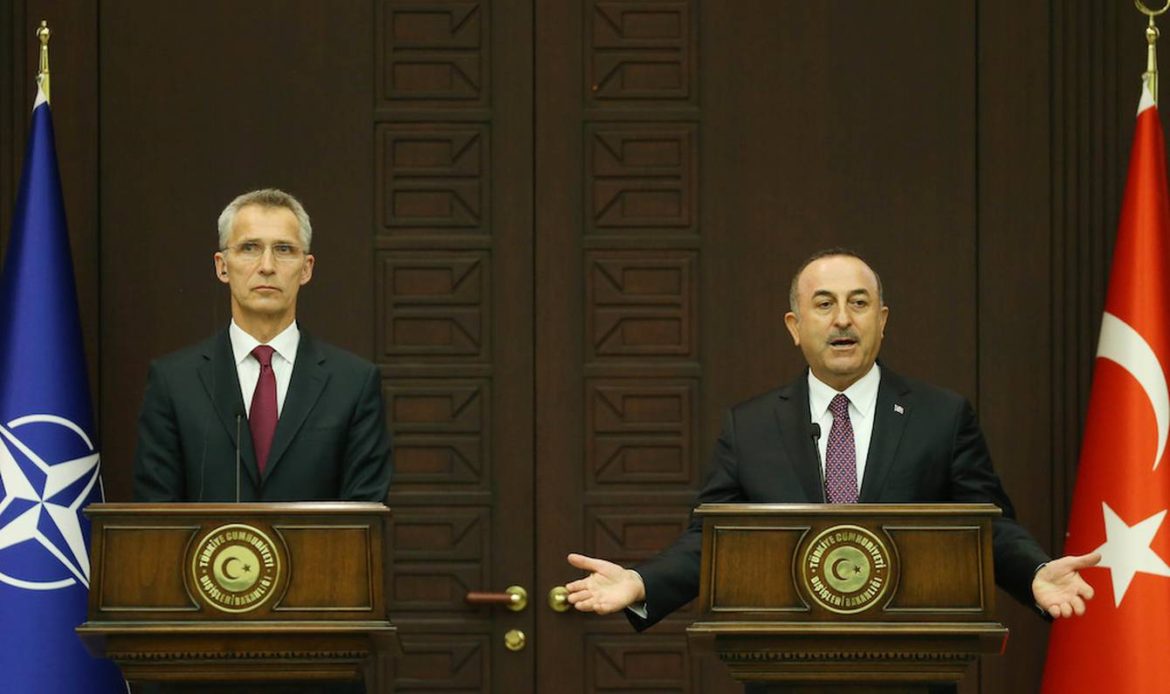 French president and Turkish foreign minister have been throwing verbal punches over Ankara’s military incursion into Syria that drove a wedge between NATO members.

French President Emmanuel Macron warned Turkey on Thursday that it is alienating allies, and should not depend on support from the multinational alliance while also carrying out widely-condemned military operations against Kurds in northern Syria as a “fait accompli.”

“He is already the sponsor of the terrorist organization and constantly hosts them at the Elysee. If he says his ally is the terrorist organization…there is really nothing more to say,” Cavusoglu told reporters in parliament. He went on with more attacks on Macron’s foreign politics, saying that the French president “cannot be the leader of Europe by wobbling like this.”