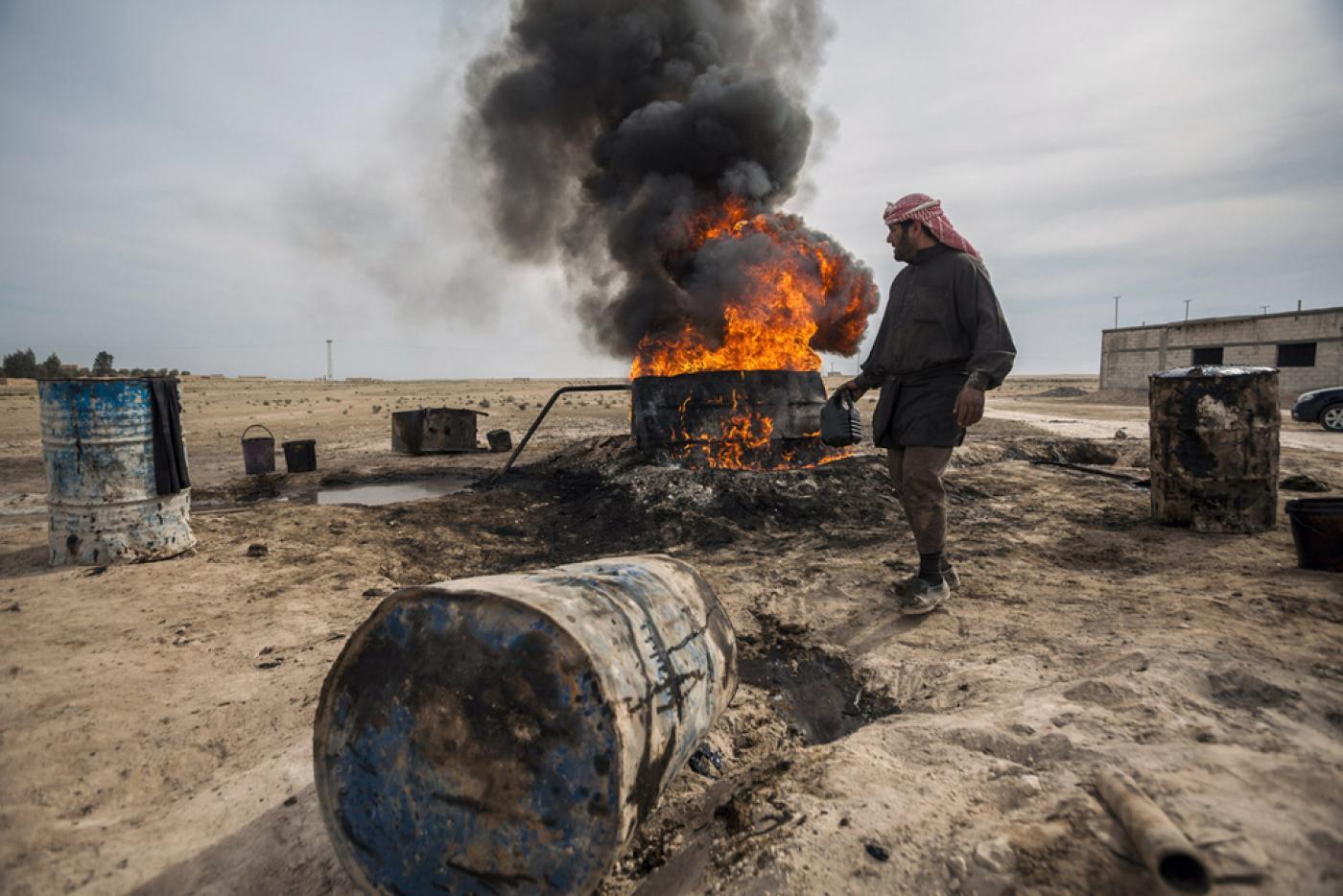 “SANA’s correspondent in al-Hasakah quoted a field source as saying: after verifying that some Kurdish organizations in the Syrian Jazira region smuggle Syrian oil through tanks through Jarablus and Erbil region in northern Iraq to the Turkish regime, which they claim to be their main enemy, Groups of these tanks and oil refining centers were destroyed this morning.

The source stressed that strict measures will be taken against any smuggling of stolen oil from Syrian territory outside Syria.”

Syrian Jazira region refers to the Syrian territories east and northeast of the Euphrates.

The statement is short, the message is profound, the warning line at the end cannot be missed and should be studied very carefully by Trump forces operating illegally in Syria. The US President Donald Trump is the one who said explicitly he’s keeping a number of his forces in Syria to loot the Syrian oil and smuggle it outside the country. In the thinnest chance, they have some smart analysts they should interpret this warning correctly.

It’s been a proven fact over the years that the pariah Turkish regime of the anti-Islamic Muslim Brotherhood fanatics led by Erodgan is stealing Syrian factories and machinery, Syrian wheat, Syrian oil, and even organs from sick Syrians admitted at their ‘hospitals’.

In public, the separatist Kurds claim that the Turkish regime, especially since the radical anti-Islamic Muslim Brotherhood junta took over, is their main enemy and has carried out countless attacks against Turkish targets that led only to the killing of thousands of their own people, they claim to be protecting, southeast of Turkey, which is exactly what ISIS claimed, yet both of them were Erdogan’s ‘best’ business partners in stealing Syrian riches, destroying the Syrian economy and infrastructure, and smuggling it all to Israel…!

In the early days of the Russian military intervention aiding the Syrian Arab Army upon the official request of the Syrian state, the Russian Air Force bombed what Mr. Putin described as ‘very long columns of tankers smuggling Syrian oil to Turkey which appeared like a living pipeline.’ The bombing caused financial losses to Erdogan and angered him to the extent he retaliated by shooting down a Russian fighter jet pursuing terrorists in northeast Syria. The fighter jet task was coordinated with Turkey early on and the pilots had their back to the ever-backstabbing Turks.

We kept exposing the fake news about the non-existing combats between Erdogan sponsored different terrorist factions including the separatist Kurdish militias. What was really happening on the ground was more like the change of flags on the account of the cannon fodders on the account of the lower ranks of all those factions, and in the end, the biggest price was paid by the Syrian people who were terrorized, slaughtered, kidnapped, maimed, and stolen by all those factions, including the Kurds. We angered many throughout the past years, we wonder if they’ll ever wake up.

Syrian President Bashar al-Assad has vowed to liberate every inch in Syria from terrorists and their sponsors; he is of the very determined and consistent type, especially when it comes to the sovereignty of Syria, and the rights of its people, the feature he inherited from his late father Hafez Assad, and the exact feature that gives him, as it gave his father before for a long time, the massive support from all the Syrian people, save a few thousands working for the US.

This is the message by the Syrian Arab Army, the Syrian President, and the Syrian people behind them to all invaders and thieves, if they are blind let their people wake them up.