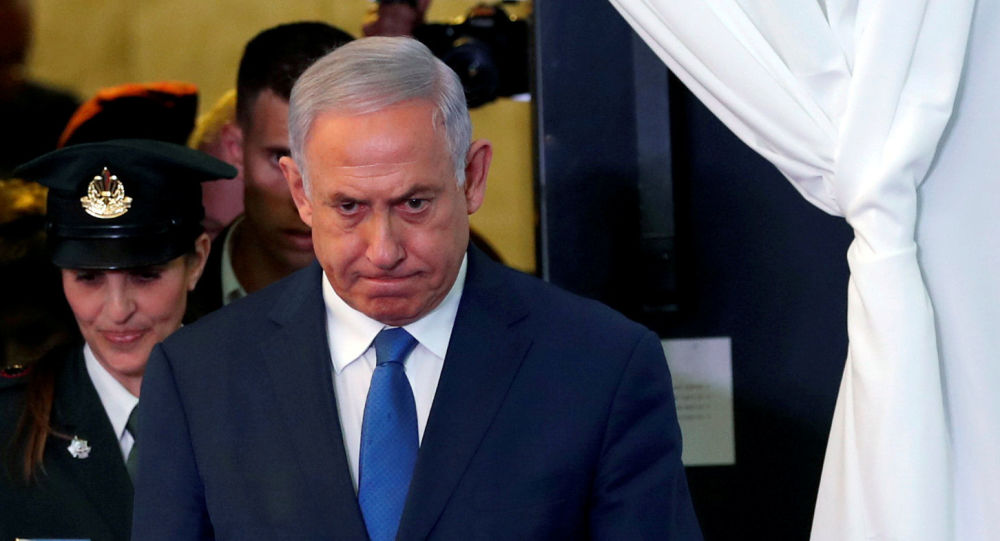 The Israeli premier has been going through some tough times lately, as he is currently facing criminal charges on corruption, including bribery, fraud, and breach of trust, with three corruption cases in total.

The demonstrators were holding signs with slogans “Strong democracy, strong Israel” and “Netanyahu, resign, Israel is more important” written on them.

According to the newspaper, the Movement for Quality Government advocacy group was behind Saturday’s rally.

Ex-IDF Deputy Chief of Staff Yair Golan was also captured on photo as he was taking selfies with other demonstrators on Saturday.

Saturday’s rally took place just a few days after citizens of Tel Aviv took to streets in support of the Israeli premier on Tuesday. On that occasion, however, only about 2,000-3,000 people took part in the demonstration, mostly elderly supporters of Netanyahu’s Likud party.

On 21 November, Attorney-General Avichai Mandelblit pressed charges of corruption against PM Netanyahu, which he dismissed as an “attempted coup” to take power from him.

At the same time, the Knesset, the Israeli parliament, may be dissolved, if the right-wing Likud party, headed by Netanyahu, and the opposition Blue and White alliance, does not manage to form a unity government by the deadline of 11 December.

If a government is not formed, Israel will convene an unprecedented third consecutive snap vote.

In April, Netanyahu’s party won the poll but fell short of obtaining the majority needed to form a government. In the second election held in September, the Likud Party also failed to secure a majority in the Knesset.