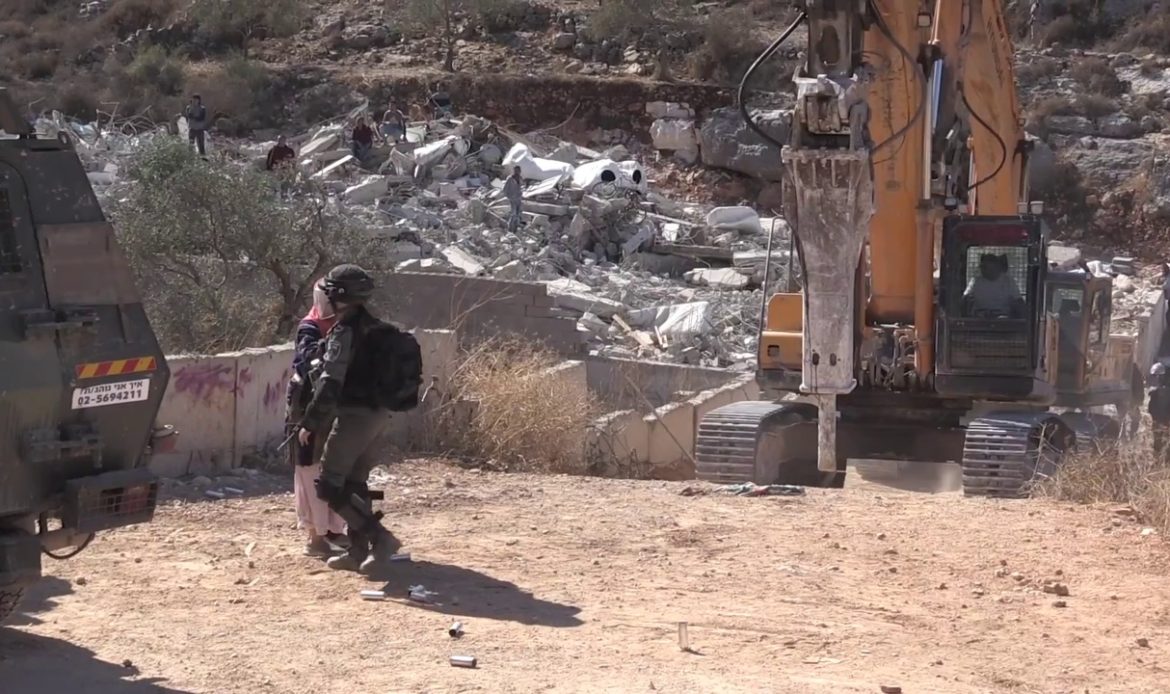 The United Nations says Israeli authorities have demolished or confiscated 39 Palestinian buildings in the occupied West Bank over the past two weeks, on the grounds that they lacked the required construction permits.

The UN Office for the Coordination of Humanitarian Affairs (OCHA) said in its biweekly Protection of Civilians Report on Saturday that the Israeli demolitions, which took place between November 12 and 25, led to the displacement of 63 people, and badly affected 380 others.

The report added that 35 of the targeted buildings, including two which were being used for humanitarian purposes, were located in the so-called Area C.

Israeli authorities frequently demolish Palestinian buildings and residences in Area C, with Bedouin and herding communities being particularly vulnerable to that practice.

The report added that an area near the town of Za’tarah, located eleven kilometers (6.8 miles) southeast of Bethlehem in the central West Bank, witnessed the highest number of demolitions. The terrain is reportedly classified as a shooting area for Israeli military training purposes.

On November 23, Israeli forces confiscated equipment and cobblestones used to renovate a road and a sidewalk connecting the Bedouin community of Jabal al-Baba to al-Eizariya town in Area C.

According to the UN report, 800 Palestinians in the West Bank have been displaced as a result of Israeli demolitions so far this year, and that the figure is almost double the number of those displaced during the same period last year.

B’Tselem said on October 24 that 238 Palestinians, including 127 minors, had lost their homes to demolitions this year.

The second-highest number of demolitions on record was in 2016, when 92 homes were demolished.