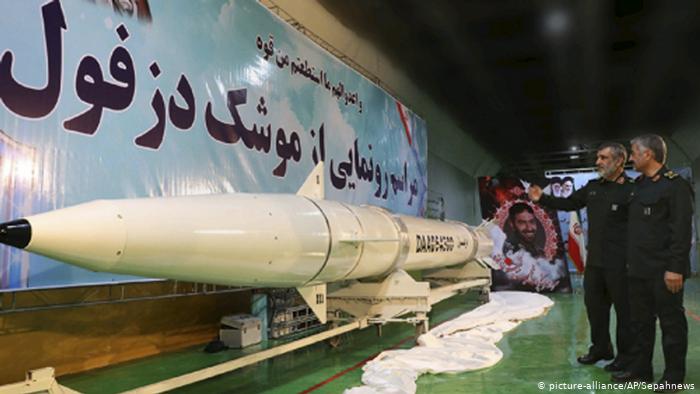 The information was released by the official during an event to demonstrate new weapons and new Iranian military projects.

Despite the revelation, the navy commander did not disclose details or characteristics of the missile, it is only known that Jask can be fired from submarines. The missile was first shown in action to the public in February this year during the Veleyat-97 naval exercises.

Rear Admiral Hossein Khanzadi also reported that work on updated versions of the weapon is already underway. He also stressed that the projectile will be used on all navy submarines in the country.

In the future, Jask missiles should receive considerable improvements in their range, Khanzadi said, revealing that the Jask-2 project is already underway.

The longer range of the missile “will surely come as a surprise to the enemy,” the official said.

Other projects were presented during the event, including the VTOL Pelikan drone, the Balaban guided pump, the Sadaf-2 naval mine, as well as other new equipment.

Mass production of the missile is part of the country’s increased capabilities amid restrictions imposed on UN and EU arms sales by Iran’s nuclear program.

The missile’s body has a special shape that decreases the likelihood of being detected by the enemy.

For missile guidance, electronic systems similar to those being used in foreign missiles, including US Tomahawk cruise missiles, are planned.

Versions are expected to be created for use from both ground and naval missile launchers and air carriers.

In June this year, Tehran introduced a new nationally produced air defense system called Khordad 15 . According to the Iranian military, the system is capable of dropping aircraft and drones at a distance of 120 km and a maximum altitude of 27 km, as well as tracking “invisible objects” and intercepting them 45 km away.