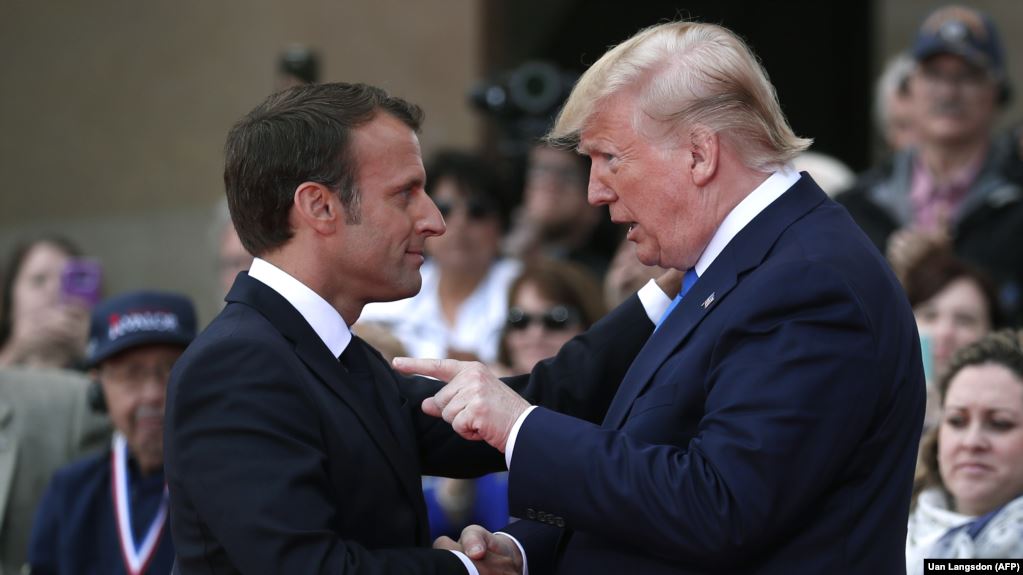 During a meeting on Tuesday with NATO Secretary General Jens Stoltenberg in London on the sidelines of a meeting of alliance leaders Trump said his French counterpart’s comments were “very insulting” and “nasty.”

Trump said he had been “very surprised” by Macron’s “tough” statement which he regarded as “very disrespectful.”

“It’s a tough statement. When you make a statement like that, that is a very, very nasty statement essentially to 28 countries,” Trump said.

“Nobody needs NATO more than France,” he said.

Trump, who is scheduled to meet one-on-one with Macron later Tuesday in London on the sidelines of the NATO leaders meeting, has repeatedly criticized other NATO members, arguing that the US contributed a disproportionate amount to protect other countries that pay less.

On Monday, Trump touted an increase in member nations’ defense spending during his administration, apparently taking credit for the increase.

“In the 3 decades before my election, NATO spending declined by two-thirds, and only 3 other NATO members were meeting their financial obligations. Since I took office, the number of NATO allies fulfilling their obligations more than DOUBLED, and NATO spending increased by $130B!” Trump tweeted.

Macron, in an interview with The Economist magazine earlier this month, criticized NATO for suffering from “brain death”.

He said the military alliance needed to “wake up” and start making plans for the difficult role it needed to play in the future.

The French president made the comments in connection to NATO-member Turkey’s “crazy” incursion into northern Syria.

“You have no coordination whatsoever of strategic decision-making between the United States and its NATO allies. None,” he said. “You have an uncoordinated aggressive action by another
NATO ally, Turkey, in an area where our interests are at stake.”

Macron then criticized Turkey for presenting its NATO allies with a “fait accompli” by launching the invasion in northern Syria.

Turkish President Recep Tayyip Erdogan, for his part, lashed out at Macron last week, saying the French president should be checked for his “own brain death”.

Erdogan described the French leader’s comments as “examples of a diseased, shallow understanding” of politics.