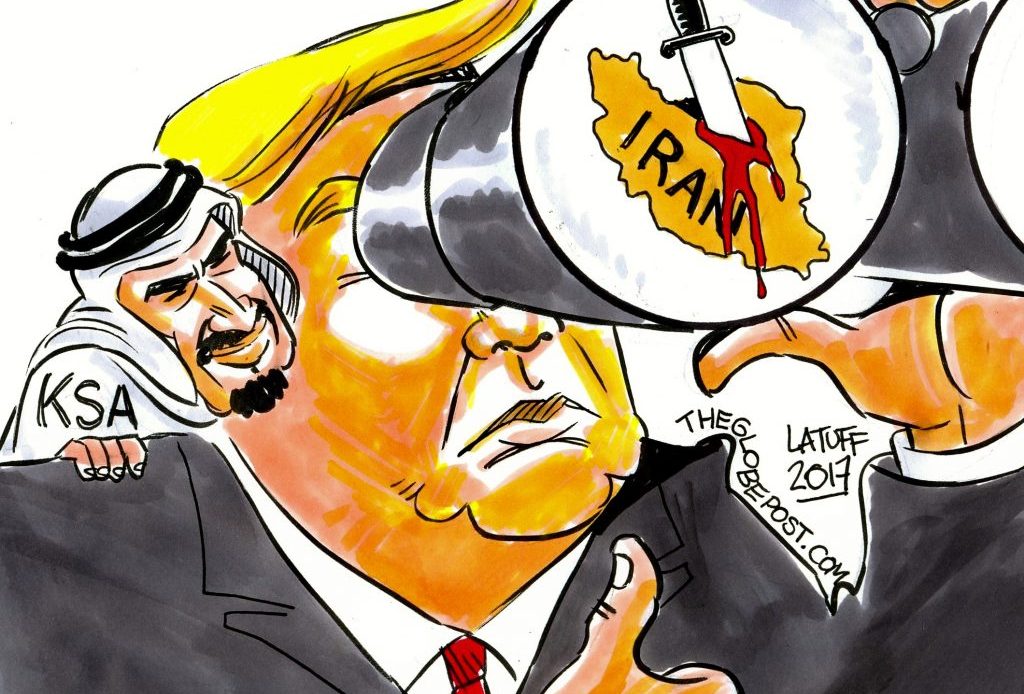 Israel is nuclear-armed and dangerous, developing these weapons since the mid-1950s, its well-known open secret the official narrative conceals.

Its ruling authorities refused to sign the NPT or abide by its provisions. Nor do they permit IAEA inspections of their nuclear facilities.

According to the Federation of American Scientists and other experts, its nuke warheads can be launched by air, ground, sea, or sub-surface — able to strike targets in the Middle East and elsewhere.

According to the establishment front organization Council on Foreign Relations (CFR), “US inspections of Israeli nuclear sites in the 1960s proved largely fruitless because of restrictions placed on the inspectors.”

Yet the West fails to contest their threat to regional peace and security.

Iran’s nuclear program has no military component and never did, its ruling authorities wanting these weapons eliminated everywhere.

Unlike the US and Israel, permitting no inspections of their nuclear weapons sites, Iran’s legitimate nuclear facilities are the world’s most heavily monitored, its ruling authorities fully cooperating with IAEA inspectors.

Iran’s ballistic, cruise, and other missiles are solely for self-defense, its program fully complying with its obligations under Security Council Res. 2231, unanimously affirming the JCPOA nuclear deal.

No Iranian ballistic or other missiles are designed to carry nuclear warheads, conventional ones alone. No evidence suggests otherwise.

Neither SC 2231 or any other SC resolutions prohibit Tehran’s legitimate ballistic missile development, testing and production.

The right to self-defense is inviolable under international law, UN Charter Article 51 stating:

“Nothing in the present Charter shall impair the inherent right of individual or collective self-defense if an armed attack occurs against a Member of the United Nations, until the Security Council has taken measures necessary to maintain international peace and security.”

The right of self-defense pertains solely to deterring armed attacks, preventing future ones after initial assaults, or reversing the consequences of enemy aggression.

At the same time, force must conform to the principles of necessity, distinction, and proportionality — what US-dominated NATO and Israel ignore when waging preemptive wars.

Necessity permits only attacking military targets. Distinction pertains to distinguishing between civilian and military ones.

Iran hasn’t attacked another country in centuries — what US-dominated NATO and Israel do repeatedly.

According to Israeli media Friday, the IDF conducted a missile test, launched from a military base in central Israel, a statement saying:

“The defense establishment (sic) conducted a launch test a few minutes ago of a rocket propulsion system from (its  Palmachim airbase south of Tel Aviv). The test was scheduled in advance and was carried out as planned.”

The Times of Israel reported the following:

“Israel does not publicly acknowledge having ballistic missiles in its arsenals, though according to foreign reports, the Jewish state possesses a nuclear-capable variety known as the Jericho that has a multi-stage engine, a 5,000-kilometer range and is capable of carrying a 1,000-kilogram warhead.”

According to Haaretz, Friday’s test came “amid increasing tension between Israel and Iran and was intended to send a clear message.”

“Israel today tested a nuke-missile, aimed at Iran. E3 (UK, France, and Germany) and US never complain about the only nuclear arsenal in West Asia – armed with missiles actually DESIGNED to be capable of carrying nukes.”

The West has “fits of apoplexy over our conventional and defensive” missiles, capable of carrying conventional warheads alone.

“Latest E3 (Britain, France and Germany) letter to UNSG on missiles is a desperate falsehood to cover up their miserable incompetence in fulfilling bare minimum of their own #JCPOA obligations.”

“If E3 want a modicum of global credibility, they can begin by exerting sovereignty rather than bowing to US bullying.”

On Monday, he tweeted:

“@SecPompeo once again admits that US #Economic Terrorism on Iran is designed to starve, and in the case of medical supplies, kill our innocent citizens.”

Earlier to the E3 and EU, he tweeted:

On Wednesday, US under secretary of war for policy John Rood falsely accused Iran of building up a “hidden arsenal of short-range ballistic missiles in Iraq,” adding:

“We also continue to see indications, and for obvious reasons I won’t go into the details, that potential Iranian aggression could occur.”

“Iran has used the continuing chaos in Iraq to build up a hidden arsenal of short-range ballistic missiles in Iraq (sic), part of a widening effort to try to intimidate the Middle East and assert its power (sic)” — citing unnamed US military and intelligence officials, adding:

Iran “pose(s) a threat to American allies and partners in the region, including Israel and Saudi Arabia, and could endanger American troops (sic).”

Phony claims about any Iranian nuclear and regional threat posed by the nation were debunked time and again.

Tehran has military advisors in Syria and Iraq at the behest of their ruling authorities. They’re involved in combatting US-supported ISIS and likeminded jihadists.

The Islamic Republic threatens no other nations. US-dominated NATO and Israel threaten humanity.