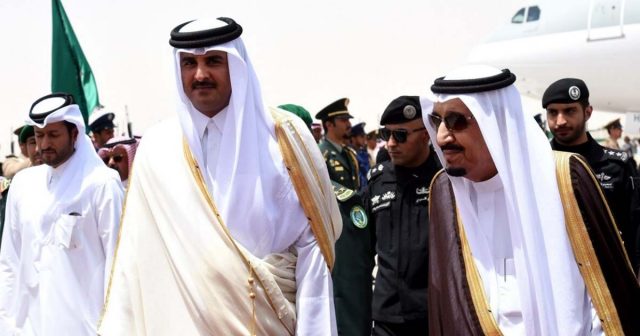 Last week, The Telegraph reported that Saudi Arabia burnt off thousands of barrels per day of gas that could be commercialised. The newspaper suggested that the kingdom had therefore every reason to strike a “gas deal of the century” with Qatar and in doing so, patch up bilateral political differences.

Saudi Energy Minister Prince Abdulaziz Bin Salman Al Saud has rejected media reports about a possible “gas deal of the century” with Qatar, saying that the kingdom has its own resources and projects with Russia.

“We have plenty of gas in Saudi Arabia. We will be impressing upon the world on how much gas we can develop. We will be developing, and we will be also involved with Russia on some gas projects. So we are more than well sufficient with our own resources,” the minister said.

Earlier, The Telegraph reported, citing the King Abdullah Petroleum Studies and Research Center, that Saudi Arabia burned almost 900,000 barrels per day of oil for industrial use and power generation in 2017. Replacing the oil with natural gas could allow more oil to be exported, generating additional revenues of around $10 billion.

According to the paper, this could mean that Riyadh could be tempted to strike a ‘gas deal of century’ with Qatar and thereby improve political relations that have become strained in recent years.

Bin Salman Al Saud has also declined to speculate on a possible oil price crash, saying that the market will be stable if all OPEC+ nations comply with the output cut deal.

“I don’t talk about prices, I talk about market stabilization. I think if everybody attends to their commitments we will have a stable oil market,” the minister said, when asked about a possible price crash if the current OPEC+ deal does not hold.