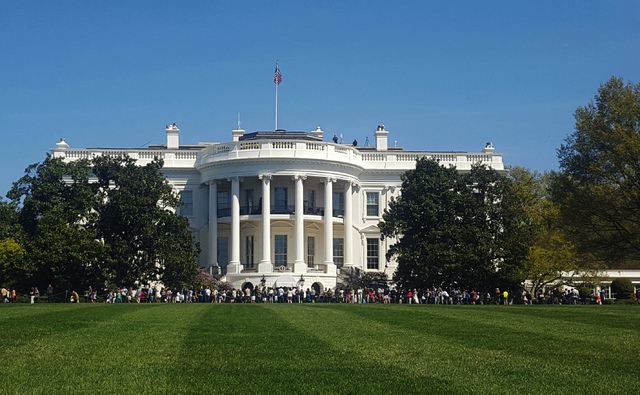 The American Empire Will Fall, Not America Itself

The collapse of an entire nation is as spectacular as it is rare. For a nation to simply cease to exist it must suffer such absolute defeat across the entire spectrum of what constitutes a nation; economically, militarily, culturally, socially and politically.

What is much more common is a transition from existing, prevailing socioeconomic, political and military orders to new ones driven by new, emerging special interests. It can happen quickly and violently, or take place as a long-term process with ups and downs and both constructive and destructive processes intertwining.

For the United States, a massive nation with the third largest population on the planet, the largest military and still currently the largest economy, for it to suffer such full-spectrum defeat is impossible.

What is not impossible is for the small handful of special interests currently directing US policy foreign and domestic, to find itself displaced by a new order consisting of entirely different kinds of special interests and, hopefully, special interests that better reflect the best interests of the United States as a whole and function more sustainably among the nations of the world rather than hovering above them.

It is a process that is already ongoing.

The current special interests driving US foreign and domestic policy are centered around Wall Street and Washington and represent an increasingly unrealistic, unsustainable, archaic network based on traditional banking, energy and manufacturing monopolies.

Many of the tools used by these special interests to maintain and expand their power and influence including mass media, extensive lobbying, networks dedicated to political subversion abroad and political distractions at home find themselves increasingly ineffective as both the American people and nations around the globe become increasingly familiar with them and as they begin developing effective countermeasures.

While US special interests dedicate a seemingly immense amount of time countering “Russian” or “Chinese” “propaganda,” it is primarily alternative media from the United States and its partner nations that have done the most to expose and diminish the unwarranted influence wielded from Wall Street and Washington. Wikileaks is a prime example of this.

As America’s elite and their networks weaken, alternatives continue to grow stronger.

An unsustainable socioeconomic and political model, coupled with equally unsustainable military campaigns abroad along with a political and media strategy that is no longer even remotely convincing even to casual observers demarks what is an irreversible decline of America’s current, prevailing order.

The topic of Chinese corporations out-competing long-established US monopolies has become an increasingly common topic across global media. It is indeed this process that has precipitated the seemingly pointless and futile US-led trade war against China, a futile exercise that seems to only highlight the decline of America’s established elite rather than address it.

Corporations like Huawei, despite facing serious setbacks owed to US sanctions and efforts to undermine them, still move forward, while their US competitors continue to struggle. This is because despite setbacks, Huawei is built upon a solid foundation of business and economic fundamentals, while its American counterparts, despite their initial advantages owed to a lack of competition, have neglected and continue to neglect such fundamentals.

Within the US itself some of the most innovative and disruptive companies in the world are cropping up, challenging not only foreign competition but also long-established monopolies based in the US.

Electric vehicle manufacturer Tesla is a perfect example of this. Its breakneck pace of innovation, high-profile successes and the disruptive impact it is having on traditional car manufacturing is setting back the American car industry first and foremost. It also poses a serious threat to the petroleum-centric energy model the US has adopted and propagated globally for over a century.

American car manufacturing monopolies have spent decades developing a model of planned obsolescence and marketing gimmicks as a stand-in for genuine consumer value and innovation. The industry has become a means of simply making as much money as possible and to increase profits each year, with “making cars” merely the means through which this money and the influence it buys is being accumulated.

Tesla has for years now been growing both in terms of business and in terms of sociopolitical influence. US car manufacturing monopolies have attempted to ape the most superficial aspects of Tesla’s appeal, but have entirely failed to examine or replicate the substance that drives the new company’s success.

Just as the US elite have attempted to use what could be described as “dirty tricks” rather than direct competition to deal with competitors like Huawei abroad, similar “dirty tricks” have been employed against disruptive companies within the US itself like Tesla. Attempts by faux-unions to complicate Tesla’s US-based factories are one example of this.

US-based aerospace manufacturer SpaceX is another example of an American-bred competitor directly challenging (and threatening) long-established US monopolies, in this case aerospace monopolies like Lockheed Martin, Boeing and Northrop Grumman.

SpaceX is not only driving aerospace innovation forward at breakneck speeds, it is driving down the overall cost of access to space at the same time. It is doing this at such impressive rates that established aerospace monopolies like Lockheed, Boeing and Northrop, even with their immense lobbying networks, are unable to dissuade SpaceX customers (including the US government itself) from purchasing rides on its rockets.

Bloated monopolies who have become overly reliant on maintaining profits through lobbying and political games have little means to overhaul their massive organizations in the face of real competition as it emerges. Because of this, the prevailing order driving US policy faces an insurmountable obstacle that already appears to have resulted in terminal decline and displacement.

Those doing the displacing stand to assume the position at the levers of American power and influence, with an opportunity to set an entirely new course into the future that will have a fundamental impact on both the American nation and its people, and the nations of the world it will interact with.

Tesla and SpaceX are prominent examples, but by no means the only examples of the ongoing transition that is increasingly evident within America. There are emerging innovations and companies threatening virtually every area America’s current elite dominate. From the alternative media targeting the deeply rooted corporate media of America, to a growing movement of local organic farmers chipping away at America’s massive agricultural monopolies, there are already many tangible examples of a transition taking place; a positive transition that those interested in truly addressing the negative aspects of America’s current role globally can invest in or contribute toward.

In what is perhaps a hopeful sign of the new America that might emerge as this process continues forward is the fact that emerging disruptors like Tesla are not afraid of collaborating with other nations, seeking to simply do business rather than construct a global spanning network aimed at dominating others. Tesla’s massive Gigafactory going into operation in Shanghai, China takes place as the US attempts to sever China’s access to the economic benefits of doing business with the US for purely political and hegemonic purposes.

Despite the apparent hostilities between the US and nations like Russia and China, the consensus in nations targeted by America’s current prevailing order is one of simply wanting to do business on equal terms. Whatever hostility may exist is reserved not for America as a nation or as a people, but toward the handful of special interests obstructing constructive competition and collaboration between these nations and the US.

In the near to intermediate future, this process will continue to resemble a bitter struggle as US special interests attempt to maintain their grip on power, fighting against inevitable decline and displacement, and against competitors both abroad and within the US itself.

Beyond that, there is a hopeful future where the US finds itself a constructive member of a multipolar world, constructively competing against and collaborating with nations rather than attempting to assert itself over them.

Because of this, it is important for nations and peoples to refrain from unnecessary, broad hostilities and to instead patiently weather current efforts emanating from Wall Street and Washington. It is important to establish ties and relations with US interests genuinely interested in true competition and collaboration and who represent America’s future, and to distinguish them from deeply rooted US interests that represent America’s abusive past and and are responsible for America’s current decline.

The foreign policies of Moscow, Beijing and even of many emerging and developing nations may seem overly passive or appeasing, but around the capitals of the world many are aware of the transition taking place in America and are attempting to position themselves advantageously for the fall of the American Empire so they can do business with those who assume the levers of power in America once it does.

The original source of this article is New Eastern Outlook