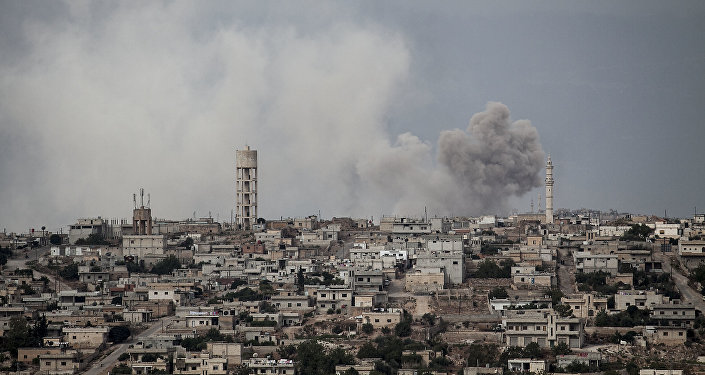 Two civilians were killed and another two were injured in shelling in the Minyan area in the Syrian city of Aleppo, Major General Yuri Borenkov, the head of the Defence Ministry’s Reconciliation Center in Syria, said on Tuesday.

“As a result of mortar shelling of the Minyan area of ​​Aleppo city, two civilians were killed and two more people were injured”, Borenkov said.

He also said that the Russian military police continued to patrol the routes in the provinces of Aleppo, Hasakah and Raqqa.

Following talks between Russian President Vladimir Putin and Turkish President Recep Tayyip Erdogan, a Russian-Turkish memorandum, which stipulates conditions for the peaceful withdrawal of Kurdish militants in Syria to a distance of 30 kilometres (18.6 miles) from the border with Turkey, was signed on 22 October in Russia’s Sochi.

The 10-point document envisions a variety of patrol missions carried out by the Russian military contingent in Syria, Syrian border guards, and Turkish troops in order to ensure the implementation of the deal.

Aleppo Erdogan FSA putin Russia Syria Syrian_Army terrorist Turkey
Previous ArticleIranian Foreign Minister Says Tehran Ready for Prisoner Swap, ‘Ball is in US Court’
Next Article The Uyghur Issue: How Can the U.S. Dare Lecturing China About the Rights of the Muslims?