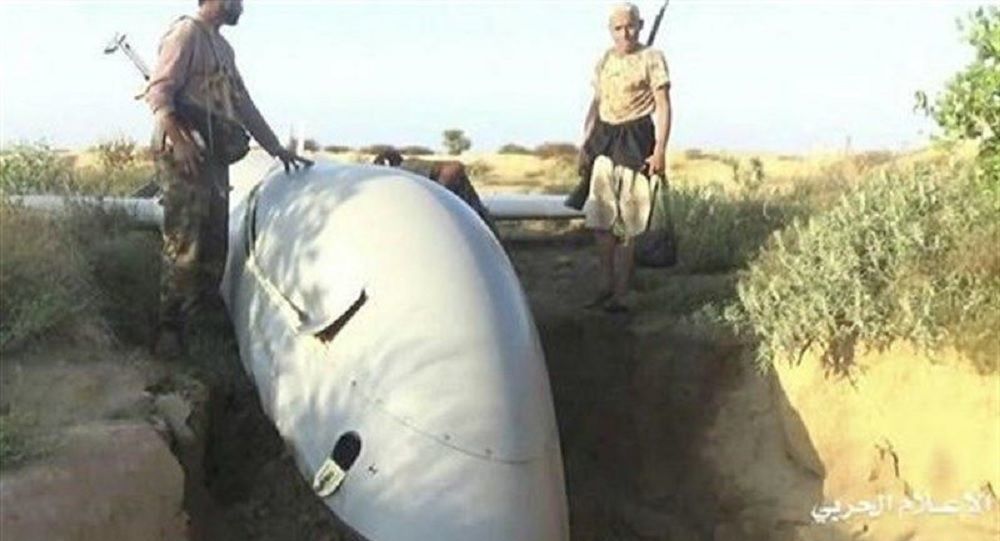 Last month, Yemen’s Houthi militia claimed that they had shot down a Saudi-led coalition F-15 fighter jet, without clarifying which coalition country the plane belonged to.

Yahya Sarea, a spokesman for Yemen’s Houthi movement, was cited by Reuters as saying on Wednesday that the group had downed a US-made drone near the Saudi border.

Sarea claimed that the ScanEagle was shot down as it flew over Saudi Arabia’s southwestern border region of Najran, gathering intelligence.

The reported downing comes a few weeks after the Houthi militia wrote in a tweet cited by Reuters that their “air defence systems had intercepted an F-15 fighter jet belonging to the countries of aggression in Saada province.”

The Houthis did not clarify which coalition country the plane belonged to.

The Saudi-led coalition in Yemen includes Saudi Arabia, the United Arab Emirates, Bahrain, Kuwait, Jordan, Egypt and Sudan, as well as private military contractors plus US and UK logistical and other support.

Yemen has been engulfed in a violent conflict between the government headed by President Abd Rabbuh Mansur Hadi and the Shiite Houthi movement, also known as Ansar Allah, backed by army units loyal to former President Ali Abdullah Saleh, for several years.

The Saudi-led coalition has been carrying out airstrikes against the Houthis at Hadi’s request since March 2015.

Over the past four years, despite US support, the coalition has failed to defeat the Houthis, a local Shia militia group, which retaliated by launching drone and missile strikes at targets inside Saudi Arabia itself.

This included large-scale attacks on two Saudi oil facilities in September, which temporarily disrupted about half of the kingdom’s energy production.

The intense fighting between the two sides resulted in one of the world’s most acute humanitarian crises, reportedly causing the deaths of up to 91,000 people, including tens of thousands of civilians.

About 22 million more in Yemen are currently in need of some form of humanitarian assistance or protection, according to the UN figures.