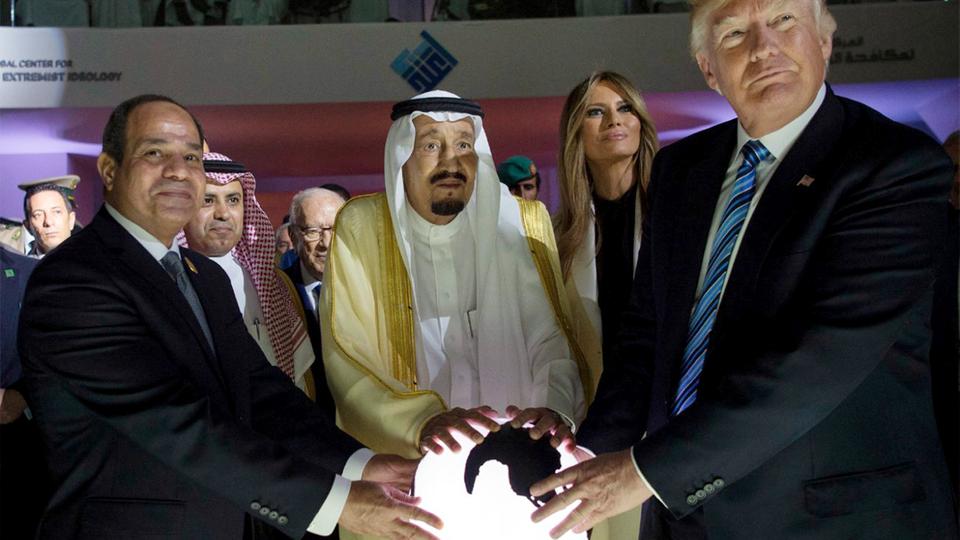 One might postulate that the United States is regularly supporting so-called allies whose very nature will eventually generate blowback that will do terrible damage to actual American interests. The recent example of the mass shooting at the Pensacola Naval Air Station in Florida by Saudi Second Lieutenant Mohammed Alshamrani is illustrative. Alshamrani killed three American sailors while three other Saudi students filmed what was taking place, presumably for posting on social media.

Though the U.S. and The Kingdom of Saudi Arabia have no actual alliance, the American and Saudi militaries have a relationship that began during the Second World War. Currently, Washington supports Riyadh as a force multiplier and extension of U.S. power in the Persian Gulf region to serve as a check on what if perceives to be as hostile Iran. Saudi Arabia, nurturing its own regional ambitions, clearly sees Iran as its principal enemy. As the White House also appears keen to do whatever is necessary to bring about regime change in Tehran, the tendency in Washington to serve as an apologist for whatever Riyadh does will continue for the foreseeable future. And, as an added bonus, the Saudis buy billions of dollars’ worth of American made weapons annually.

Someone has to train the people who fly the expensive warplanes, so Saudi Air Force “students” are sent to American bases like Pensacola where they undergo language and flight training that is normally conducted by civilian contractors. The student pilots, surely carefully screened by Saudi security, would be unlikely candidates for staging a terrorist attack in the United States, but the Alshamrani incident suggests that there is more dissidence bubbling beneath the surface than is apparent from the rosy assurances about The Kingdom coming out of the White House and the Royal Palace in Riyadh.

The investigation of Alshamrani continues, but it seems clear that  he was unhappy with aspects of America’s pro-Israel and interventionist foreign policy. He also connected with radical websites on social media and his colleagues report that he would periodically return to the U.S. from home leave in Saudi Arabia “more religious.” On the night before the incident, he showed a film that included a mass shooting.

Alshamrani is just one element in the considerable potential downside inherent in the undeclared bilateral relationship. Apart from the regional instability created by the fact that Washington has to look the other way while the Saudis use American weapons to carry out genocide in neighboring Yemen, many observers believe that Saudi Arabia is basically unstable. Its prevailing fundamentalist Islamic sect referred to as Wahhabism is backward looking and hostile to the United States and the West. Some have even suggested that a large majority of ordinary Saudis, i.e. not those who benefit from the bilateral relationship, hate the U.S. One recalls that fifteen out of the nineteen 9/11 hijackers were Saudi nationals.

All of which means that the United States is training and arming people who just might turn their training and weapons against Washington if the al-Saud royal family cannot stay in power. The situation is somewhat comparable to that in Afghanistan, where so-called “green-on-blue” incidents in which Afghan army recruits kill their foreign trainers occur on a regular basis. The chief difference is that should the Saudi dissidents gain power, they would have a huge and much more lethally sophisticated arsenal to play around with.

Other regional powers are watching how the situation involving the American presence in Saudi Arabia develops. Recently Iran’s leader Ayatollah Seyed Ali Khamenei commented on media reports that the Saudis would be constructing U.S. provided nuclear reactors. He said “I do not know of any regime in the region and perhaps the world as bad as the Saudi government. It is not only despotic, dictatorial, corrupt and tyrannical but also sycophantic.  [The Americans] want to supply [the Saudis] with nuclear equipment. They have announced to build missile manufacturing centers for it [and] they see no problem because Saudi Arabia depends on them and belongs to them. Of course, if they build them, I personally will not be upset because I know that God willing [all the weapons] will fall into the hands of Muslim Mujahedin [for use against the Americans] in the not too distant future.”

The current situation with the House of Saud is not good. It is a regime that is under considerable pressure because of its corruption. Internationally, it has few friends due to its widely condemned war in Yemen as well as from the consequences arising over the killing and dismembering in Istanbul of Jamal Khashoggi. The situation also invites comparison with other current and past U.S. relationships in the region. Washington props up an unpopular and unstable regime headed by President Abdel Fattah el-Sisi in Egypt while also funding and training the country’s military. In the past, the U.S. was the main arms supplier for the Shah’s Iran, ignoring abuses committed by the regime because Iran was perceived to be a major regional power, reliably stable and apparently western looking.

The United States is also in trouble with its other major regional partner in the Middle East, Israel. As is the case with Saudi Arabia, the United States has no actual alliance or pact with the Jewish state, though such an arrangement is currently being considered. As in the case of Saudi Arabia, the United States has no say in the military actions being undertaken by its client Israel. The Jewish state regularly bombs targets in Gaza, Syria and in Lebanon, just as the Saudis do in Yemen. As the United States is the arms supplier to both nations and is more-or-less the de facto guarantor of a one-sided stability in the region, it has self-assumed responsibilities without having any input into the decisions making process. Trump’s obsession with destroying Iran, which has promised to do in his next term, makes him blind to the deficiencies in the allies he seeks to use to that end.

The situation with Israel is particularly dangerous as the Jewish state possesses a nuclear arsenal and it is widely believed that many in its military command structure are prepared to use those devices against Iran. In 2015, Israeli defense minister Moshe Ya’alon explained how Israel might have to strike Iran hard to prevent a long war. He cited the examples of Hiroshima and Nagasaki and then describing the process for making such a decision as “at the end, we might take certain steps.”

Either way, the United States of America is burdened with a number of false allies that use the relationship with Washington to enable their own schemes. If and when the whole house of cards begins to collapse, the U.S. will plausibly find itself with no friends and confronted by enemies that it empowered and also helped to train and equip.