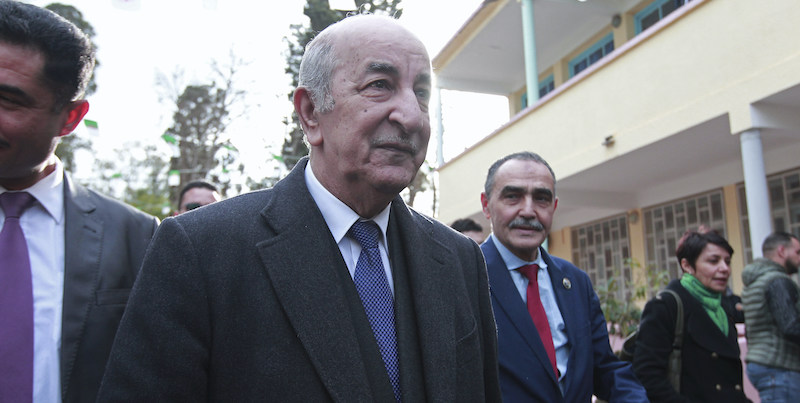 Presidential candidate Abdelmadjid Tebboune prepares to casts his ballot outside a polling station, in Algiers, Algeria, Thursday, Dec. 12, 2019. Five candidates have their eyes on becoming the next president of Algeria _ without a leader since April _ in Thursday's contentious election boycotted by a massive pro-democracy movement. (AP Photo/Fateh Guidoum)

Algeria’s President-elect Abdelmadjid Tebboune said in his first public statement on Friday that he would start “consultations” on drawing up a new constitution that would be put to Algerians in a referendum. He also offered a “serious dialogue” to the opposition mass protest movement, saying he would institute reforms to reduce spending on imports and promised to “open a new page” for Algeria, Reuters reports.

The former prime minister was elected Algeria’s new president in a vote the authorities hope will end months of turmoil. However, protesters who toppled his predecessor marched again on Friday, vowing their movement would not stop.

Tebboune, 74, campaigned as a technocrat who had proven his integrity by being sacked for falling out with powerful business tycoons after just three months serving as PM in 2017 under veteran ruler Abdelaziz Bouteflika.

According to official results, Tebboune won the election with more than 50 percent of the vote, avoiding the need for a run-off against any of four other senior former officials sanctioned to stand.

africa Algeria Tebboune
Previous ArticleDoes Israel Believe a War with the Axis of the Resistance Will Be Just a Walkover?
Next Article Air Defense Systems Are Virtually Powerless Against The Russian Kalibr Cruise Missile