Home Politics Middle East Does Israel Believe a War with the Axis of the Resistance Will Be Just a Walkover? 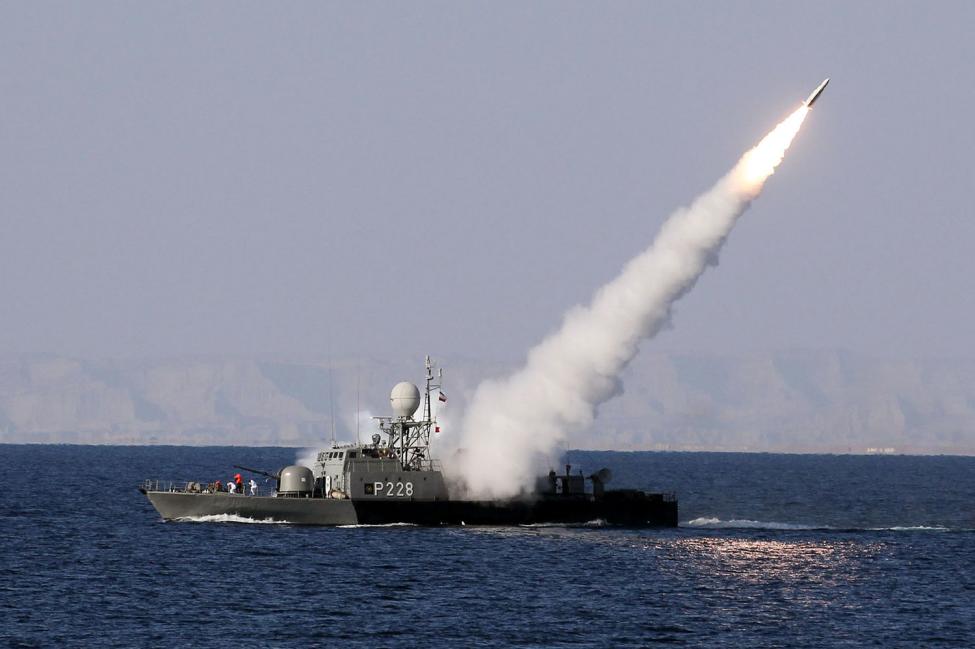 “There is no alternative to war. One day it will be war on a large scale”. This is what one of the decision-makers within the “Axis of the Resistance” has said with confidence. However, the timing may not be as close as repeatedly advertised by Israeli Prime Minister Benyamin Netanyahu, despite signs to the contrary. Such a war is most unlikely to happen any time soon. Examining the reasons may be quite revealing.

For the first time in the history of Israel, the election of a Prime Minister is stumbling. Netanyahu needs to remain in power to avoid prison. A war against Gaza is not a realistic option. A battle against Hezbollah in Lebanon would be very costly and is therefore unlikely to take place. The Israeli attacks against Syria may trigger a reaction but not an all-out war on multiple fronts. A war against Iraq is not possible because the US has thousands of forces in the country, offering a perfect target for Iran’s allies when needed.

On the other hand, attacking Iran – as Netanyahu is advertising – doesn’t mean limiting the war to two belligerents (Iran and Israel) but a widespread war on all Middle Eastern fronts. A well-informed source within the “Axis of the Resistance” considers “there is no valid reason for Israel to be engaged with the US in a destructive war, whose outcome will be doubtful, any time soon”.

“The US doesn’t wage war on any country if victory is not certain. Fighting Iran leads to uncertain results and huge destruction on many levels. The US and its allies will doubtless avoid this scenario”, said the source.

The US imposed sanctions on Iraqi personalities this month, similar to its procedure against Lebanese figures at the beginning of this year, contributing to curbing the domestic economy with the hope that heavy sanctions may lead to civil unrest. However, the US needs the Iraqi oil to stop its flow and sales to diminish its financial income, mainly when Iraq produces almost 3.5 million barrels per day and its budget heavily depends on oil exports. So far, no indications are leading to the intention of the US to block the Iraqi oil sales, even though Iran is selling some of its oil in Mesopotamia to counter the US sanctions.

It is good to note that the US has no plan to control Lebanon, neither to lay its hands on Iraq. Washington is benefitting from the chaos or at least the instability hitting both countries, essential components from the “Axis of the Resistance, is to its advantage”.

In Syria, the reconstruction plan will take off only when the US is confident it will lead to the removal of President Bashar al-Assad. The US and its allies failed to achieve this in 9 years of war. Now they are trying to overthrow the government using economic leverage- to no avail. The US is imposing sanctions on Syria to prevent any commerce with and from the Levant. Iran, Russia and China are contributing to supporting the government of Damascus to recover, slowly, from the long destructive war notwithstanding the US-EU sanctions. However, the Syrian devaluation of the local currency – similar to Lebanon – significantly damaged the local economies of Lebanon and Syria. However, the two countries are still far from falling victim to US hegemony. With Lebanon, Iraq and Syria slipping away from the US’s control, the only possible option would be a direct attack on Iran.

In Lisbon, during his meeting with Secretary of State Mike Pompeo this month, Prime Minister Netanyahu said his conversation focused “first of all on Iran”. The Israeli-US fear emanates from reports that Iran’s influence is growing in support of “Hezbollah, the Assad regime and factions in Iraq”. Alastair Crooke, the former British diplomat and analyst, writes about a “prospectus for war with Iran this time, in six months, because Netanyahu needs it to survive”. Considering the date in the next six months, this means the end of the spring and the beginning of the summer. A perfect and usually most favorable time for war by Israel that relies mainly on its Air Force in the first waves of attacks. Notwithstanding all these verbalized indications, are Israel and the US ready for a war on Iran?

Iran is not a country willing to stand by without reacting. It can respond on many fronts, particularly as US forces are spread widely all over the Middle East. Targets are certainly not lacking.

The source believes “Netanyahu is putting pressure on President Trump to keep him in Syria even if the US President has expressed on many occasions his wish to pull out completely”. Netanyahu is telling the US that it has no reason to leave when Iran is preparing for war and that the US forces’ presence in the Levant and Mesopotamia are much needed in this case.

It is within Netanyahu’s plan – said the source – to ask the US forces to disturb or close down the Syrian-Iraqi borders at Albu Kamal – Al Qaem crossing in case of war, making the continuous presence of the US forces in Syria mandatory for the benefit of Israel, under the excuse of stealing the Syrian oil, which is also a valid pretext that suits Trump with his greed for money.

Indubitably, Israel is provoking Iran in Syria by frequently bombing its large forces whose brigade name is  Zulfukar. It is this same Iranian IRGC brigade that uses anti-air missiles to intercept most of the Israeli missiles hitting Syrian and Iranian targets. Iran, in most Israeli attacks, receives at least 12-hours prior warning from Russia about the objectives to be targeted by Israel. This may be irrelevant because the Iranian Revolutionary Guard Forces increased their presence and effectiveness in the Levant over the last five years, ready to be part of any possible war with Israel starting from Syria or Lebanon. Sayyed Nasrallah has said in previous speeches that the “Axis of the Resistance” is ready to support Lebanon in case of war.

In Lebanon, following the failed Israeli drone attacks on the Hezbollah warehouse in the suburb of Beirut, the group considered the attack as a violation of the undeclared cessation of hostilities and a severe break of the 1701 UN resolution agreed following the 2006 Israeli war. Hezbollah promised to retaliate. In response, for the first time in the history of Israel, Tel Aviv decided to lock the entire Israeli military in their bunkers for over one week. No visible trace of the Israeli army was visible for at least 3 km wide and 100 km long away from the borders with Lebanon. Not only that, Israel was providing dummy targets for Hezbollah to bomb, to end the Israeli army’s embarrassment, an army that used to brag about itself, classifying its military power as the strongest in the Middle East. Hezbollah terrorized Israel with only one televised speech pronounced by its General Secretary Sayyed Hasan Nasrallah that was more effective than a weapon of mass destruction. The deterrence policy of Israel and its military preventive ideology against its enemy were smashed. Half an hour after the attack, Israeli patrols returned along the border, humiliated. The Israeli politicians and military officers led by their Prime Minister took their tails between their legs and walked away as no attack had happened.

In Iraq, intelligence sources claimed Iran is building an underground tunnel to store missiles. Also, Iran is accused of “secretly moving missiles into Iraq”, in a way to justify the Israeli strikes on Mesopotamia, as Iraqi Prime Minister Adel Abdel Mahdi confirmed. Moreover, there are ‘rocket messages’ sent to the US in the green zone, at Ayn al-Assad military base, Baghdad airport and Balad airbase. These rockets launched against the US army deployed in Iraq serve to intimidate the US and carry the following message from Iran: “Your forces are within our reach, and our allies are ready whenever you are”.

Sources within the Axis of the Resistance believe Iran is indeed preparing a significant hit on Israel, without necessarily giving more details or indication as to where and when the strike could take place. This option is still a possibility that could change depending on the development of events in the Middle East but will most likely be hot, on the table, when the US elections come nearer. These elections will probably prevent any US intervention in a broader war in the Middle East, even if the aim were to protect Israel.

Our source in the Axis of the Resistance wonders: can Israel afford to see its seven military airports around Tel Aviv hit by long-range cruise missiles fired from Iran or precision missiles fired from Lebanon, Syria and Iraq? Israeli civilian airports and infrastructure are within Iran and its allies’ reach. Is Israel ready to face a level of destruction never observed before, notwithstanding Israel’s own immense fire-power? Does Israel believe a war with the Axis of the Resistance will be a walk in the park?

The Pentagon warned that Iran is “increasingly producing capable ballistic and cruise missile with better accuracy, lethality and range”. These Iranian missiles have been delivered to Iraq, Syria and Lebanon. The source within the “Axis of the Resistance” asks: “Can Israel and its military bases outside Israel and the US military bases spread across the Middle East be ready to confront these accurate cruise missiles?”

The US was incapable of overpowering Iran in the last forty years of the revolution, despite forty years of escalating sanctions. The US won’t engage in a war anywhere in the world where the results are uncertain. The US – and the world – saw the results of provoking Iran during the last tanker war where Iran downed the most expensive US drone which violated its sovereignty and almost shot down a spy plane with 38 US officers onboard.

In Israel, not only is the internal front far from being ready (Hezbollah has precision missiles capable of reaching any objective in its geography), but the politico-economic situation is pitiful. Non-Governmental-Organizations believe 2.3 million in Israel are defined as poor (about 530,000 families, among them 1,007,000 children, in Israel live in poverty). 59% of elderly citizens who are supported by aid organizations cannot afford to make their homes suitable for their medical needs, due to a lack of income. About 64.5% of the elderly who receive aid don’t have properly fitting clothes, and about 49% cannot heat their homes during winter. 69% cannot afford school textbooks and materials. Data shows that 79% of those given aid struggle with a chronic medical condition, about 67% were forced to give up on medication or treatment due to cost, and about 58% had to give up treatment or medication for their children.

A war would thus seem logically to be out of the question, although the potential for madness and desperation of Prime Minister Netanyahu should never be underestimated.