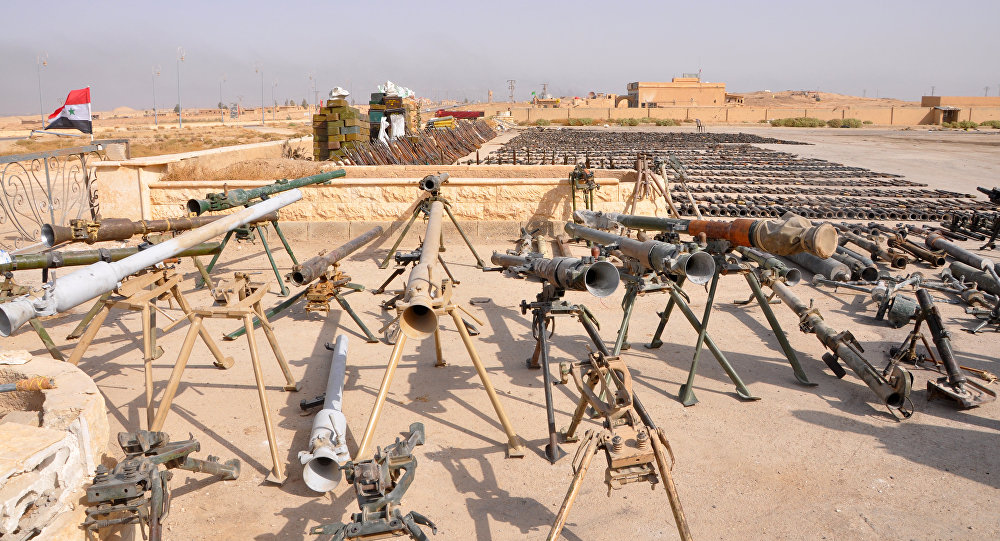 Ltamenah is a village in Hama countryside which the Syrian Arab Army recently cleansed of foreign-owned and armed terrorist savages. Last week, authorities discovered a mass grave. This week, they have found a massive quantity of weapons left behind: Mortar, missiles, cannons, rockets, launching pads, and shells.

Ltamenah was occupied by the Jaish al Ezza faction of al Qaeda in Syria. The Ezza thugs are aligned with the al Saud tyrants occupying Arabia. This gang of armed savages was responsible for the ongoing mass slaughter of civilians in Mhardeh, Saleh, and Sqaiblbieh, in addition to having bombed the Mhardeh power plant.

From Ltamenah, the criminally insane serial killers carried out their massacres. The people of Mhardeh were forced to hold a mass funeral, in mid-September 2018.

We again remind our readers that the al Ezza pathogens were the primary source of the chemical hoax claims in Ltamenah, March 2017.

Though the OPCW was cautious not to explicitly note the Ezza vermin in its report, UC Berkeley School of Law’s Human Rights Investigations Lab was not so discerning. This ‘lab’ gave the murderous and monstrous human garbage entourage credibility in its claim of building a surgical hospital that was chemical weapons bombed while leaving its pristine sign intact.

The prestigious ‘lab’ has not issued an apology, nor a retraction.

No matter, as Syrians celebrate the liberation of Ltamenah.

Damascus ISIS OPCW Syria Syrian_Army terrorist USA
Previous ArticleErdogan Threatens to Close Incirlik Air Base, Used by US Forces, if Washington Imposes Sanctions
Next Article Pamir Highway: The Road on the Roof of the World